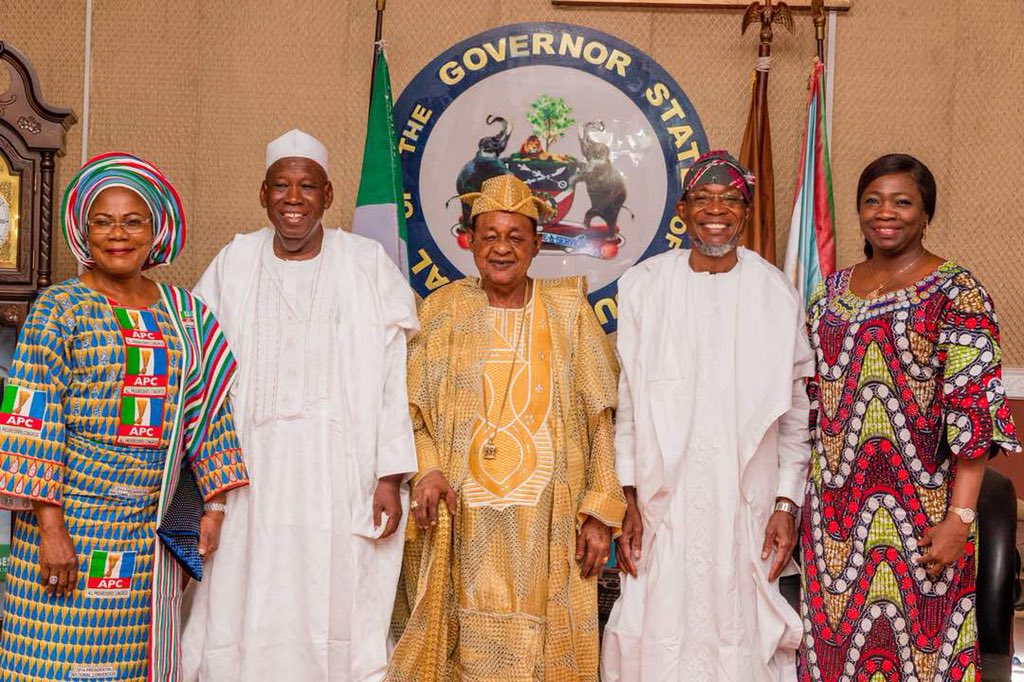 The Alafin of Oyo, Oba Lamidi  Olayiwola Adeyemi III  has described the governor of Kano state, Dr Abdullahi Umar Ganduje as a great performer, who achieved commendable feats as a governor and deserves a second term in office.

Oba Adeyemi stated this on Monday in Osogbo at a special meeting between the governor, who is the Chairman of Osun state Gubernatorial Campaign Council and Kabiyesis of Yoruba land ahead of the gubernatorial election in the presence of the governor Ra’uf Ogbeni Aregbesola.

Alafin said: “Ganduje has performed wonderfully well and is still performing as a governor of Kano state. I think it is proper to suggest that, he should be given another chance to continue performing.”

“Let him complete what he started. He is doing extremely well in championing the good policies enunciated by the APC. His educational policy, his health care policy, his infrastructural development policy, his agricultural policy and many other policies of his administration tally with that of the APC. In fact he is effectively implementing the good and people-oriented policies of APC, ” he emphasised.

After commending governor Ganduje, for being a worthy leader back home, he assured Osun people that, Ganduje’s choice to chair the guber campaign committee, is apt and timely.

He added that “As a complete gentleman, we are sure the governor would try as much as he can to see to the free, fair and credible election in Osun state. We are absolutely sure that, Ganduje’s presence will automatically bless the outcome of this election. Which Osun people decided to gear it towards continuity and sustainability.”

In his brief remarks, governor Ganduje assured that all machineries were put in place to see to the conduct of free, fair and credible election come 22nd September, 2018.

“From the experience I gathered as the Chairman of the National Campaign Council, on the state of Osun gubernatorial election, I reach a conclusion that, our great party, APC, is fully on ground in Osun state, just like in other parts of the country,” he encouraged.

He said “We are here to ensure peaceful, free and fair election in the state of Osun. We must do our best to build very strong democracy. We are very lucky that the governor of the state of Osun has delivered very well for the state.”

Ganduje further explained that the Campaign Council was in Osun to put finishing touches for the conduct of the election.

While urging Osun people to conduct themselves peacefully during the conduct of the election, he called on them to acknowledge that, “…when somebody did well, what you need to do is to gear all your efforts towards sustainability.”

Governor Aregbesola, after describing Ganduje as a senior colleague and commending the Alafin alongside other Kabiyesis, he called on the electorate to aimed at sustainable development for the state, which he started.