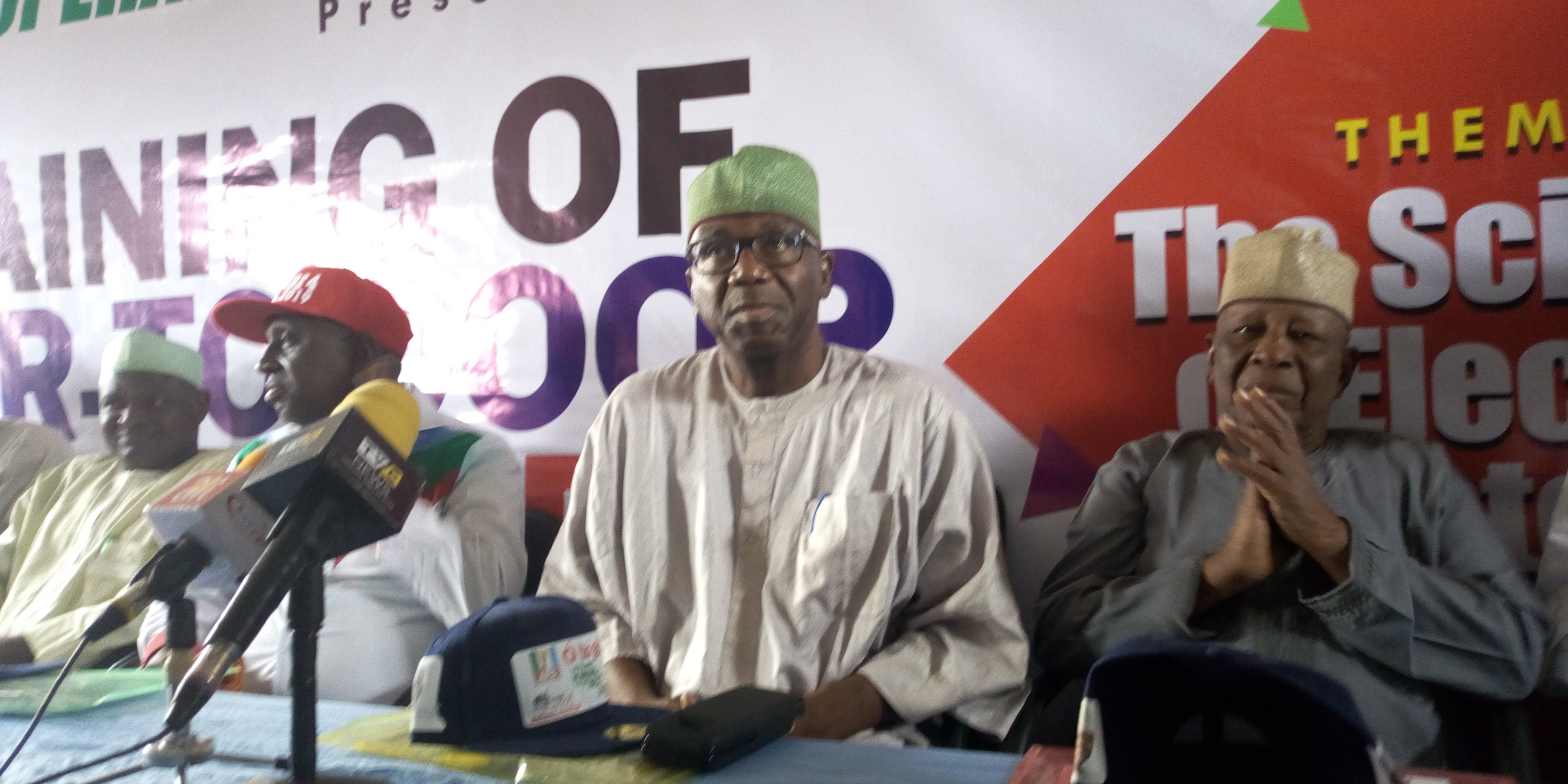 The APCC Directorate Field Operations said the victory is assured for Buhari/Osinbajo 2019 project but they are working to ensure landslide victory during the presidential elections.

The Director Field Operations (Kwara), Alhaji Oloyin stated this on Thursday during the training of Door-to-Door Canvassers for Buhari/Osinbajo 2019 project in Ilorin, the state capital.

Alhaji Oloyin explained that the canvassers will serve as footsoldiers in selling the candidacy of Buhari/Osinbajo to the electorates.

He noted that the President is good product and will be easy for canvassers to market to the electorates.

”President Buhari has performed excellently within three years. We have benefited a lot from APC led federal government; work is ongoing on many road projects. Jebba-Ilorin road and Osun boundary-Erinle road have been completed. Reasonable numbers of unemployed youths are beneficiaries of N-Power scheme, farmers are getting soft loan under Anchored Borrower Scheme, thousands of market women received tradermoni and lot more.” He added.

In his address, Deputy Director Field Operations, Kayode Oyin-Zubair told the participants that they are expected to replicate the training for polling unit canvassers in their respective wards.

Kayode Oyin-Zubair reiterated that canvassers play critical role as they will interface with electorates directly.

He therefore charged them to intensify their mobilisation efforts for APC ahead of the polls.