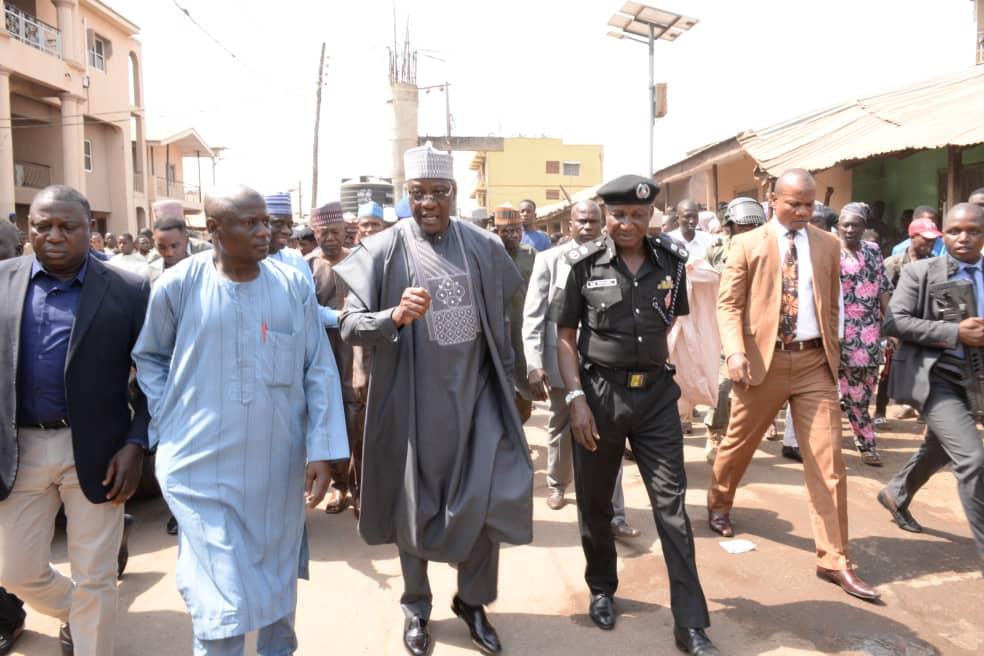 The Kwara State Government has established a Joint Security Task Force headed by the Nigerian Army to check political violence before, during and after the general elections in the state.

The State Governor, Alhaji Abdulfatah Ahmed disclosed this on Monday at Agbaji Quarter in Ilorin when he led other members of the State Security Council to assess the extent of the damage during Sunday’s political violence in the area.

Governor Ahmed described the incident as unacceptable and a clear case of criminality which shows a complete degeneration of political values the state is known for.

The governor who had earlier presided over the State Security Council meeting promised that all the culprits would be identified and brought to book to forestall reoccurrence.

Dr Ahmed assured the people that the government and security agencies would ensure adequate protection of lives and property during the electioneering period.