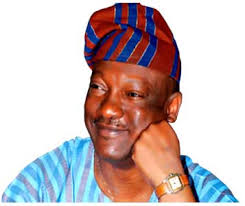 He polled 1,100 votes to defeat his rival Adedeji Doherty who polled 742 votes in the party’s primary election

Agbaje was the PDP candidate in the 2015 governorship election but lost to incumbent governor Akinwunmi Ambode.

Agbaje will be contesting against the candidate of the ruling party, Sanwo-Olu, and those of other parties.

The Chairman of the five-man panel constituted by the PDP National Working Committee to oversee the primary, Senator Victor Oyofo, declared Agbaje as the party’s candidate and described the exercise as free and fair.

“By the powers conferred on me, I declare Chief Agbaje as the winner of the contest. I believe that he would be the next governor of Lagos State,” he said.

Agbaje, in his acceptance speech, vowed to defeat Sanwo-Olu and other contenders in the next election, saying the party would build on the successes it recorded in the 2015 governorship election.

“We recorded so much in 2015 and we have to build on it. I believe that was the reason why the party members decided to elect me again. And that gives me the confidence that we will win next year,” he said.

Agbaje, who noted that he was in the race to free Lagos State from an alleged disease affecting its growth, said, “There is a need for us to free Lagos from the disease that has affected it.