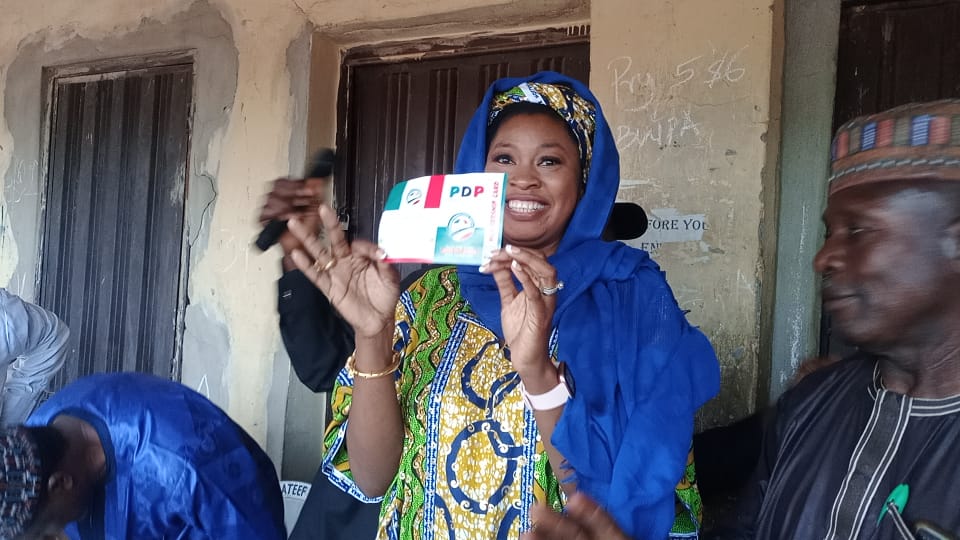 Ahead of next year’s general elections, Barrister Maryam who is the daughter of late retired military officer, Major General Abdulkarim Adisa, has declared for the Peoples Democratic Party, PDP, in Kwara state.

Barrister Maryam made the declaration on Friday when she visited her Ward, Badari in Ilorin West local government area of the State, and met with both the Ward and Local Government Executives of the PDP. She thereafter visited the Secretariat of the Party where she met the state Executives of the PDP including the Chairman, Rt. Hon. Babatunde Mohammed.

She dislcosed that she is venturing into politics to make a difference and contribute to the development of her State, Kwara and the country as a whole.

Speaking on her decision to join the PDP, Hajia Maryam explained that the PDP remains the best alternative to the ruling All Progressives Congress, APC, which she said has failed woefully, both in Kwara state and at the national level.

She noted that the maladministration and incompetence of the APC is responsible for the deplorable state of things in the country, adding that the PDP appears ready and prepared to reverse the rot and restore stability in Nigeria.

The Abuja-based business woman added that she was also inspired by the leadership qualities of former Senate President, Dr Abubakar Bukola Saraki, to join the PDP. She expressed optimism that the former Kwara Governor would clinch the PDP’s ticket and eventually win the 2023 presidential election.

Until his death in 2005, her father was an elder and strong member of the People’s Democratic Party (PDP) in Kwara State.