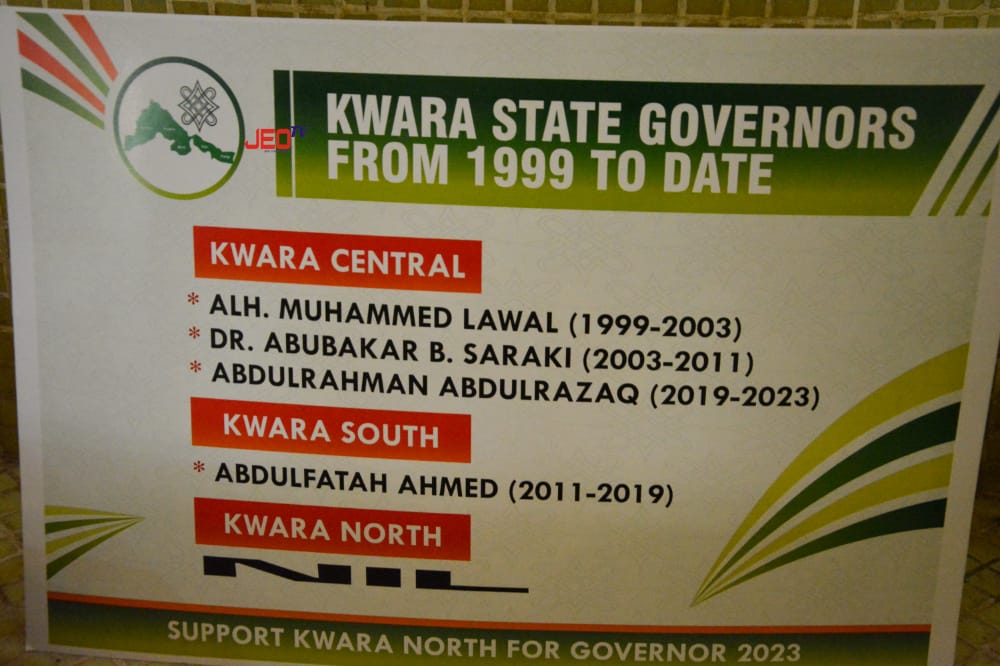 …Insist on zoning of governorship

The Kwara North Stakeholders Consultative Forum has state that the agitation for the zone to produce governor of the state in 2023 is not to fight any zone or individual.

The Forum Chairman, Comrade Abdullahi Aliyu Lade stated this on Thursday at World Press Conference held at MM Event Centre, Ilorin to further push agitation of Kwara North to produce governor during the next general elections.

Comrade Abdullahi Aliyu Lade said the zone has not produce the state governor since 1999, noting that Kwara North seeks to produce the next Governor based on competence, awareness of next phase of the state development and equity.

He explained that Kwara Central will complete 16 years by 2023 while Kwara South ruled for eight years through Abdulfatah Ahmed.

“After our support for 24 years solid years by 2023; justice, equity and fair play demand that Kwara North should take the pilot’s seat in order to make Kwara State another Dubai in Nigeria, especially as our state more that ever before needs a new beginning and a new choice.

” Several cerebral politicians in our zone can help our state achieve its desire goals. All we need is the support of our brothers from the South and Central just like we did for them before now. Thus, what we call the Kwara North Agenda is a fair request that the Gubernatorial position be zoned to Kwara North by all political parties in the state. We want to a Governor not for the north, but a governor from the North for the south.”

Alluding to the Chairman’s speech, the co-chairman Hon. Abubakar Moh’D Suka Baba said the people of the zone will support an political party that zoned governorship to Kwara North.

Dr Sulaiman Atolagbe Alege and Jide Jatto representing Kwara Central and South respectively promised that the two other zones are supporting the agitation in spirit of fairness and peace co-existence.