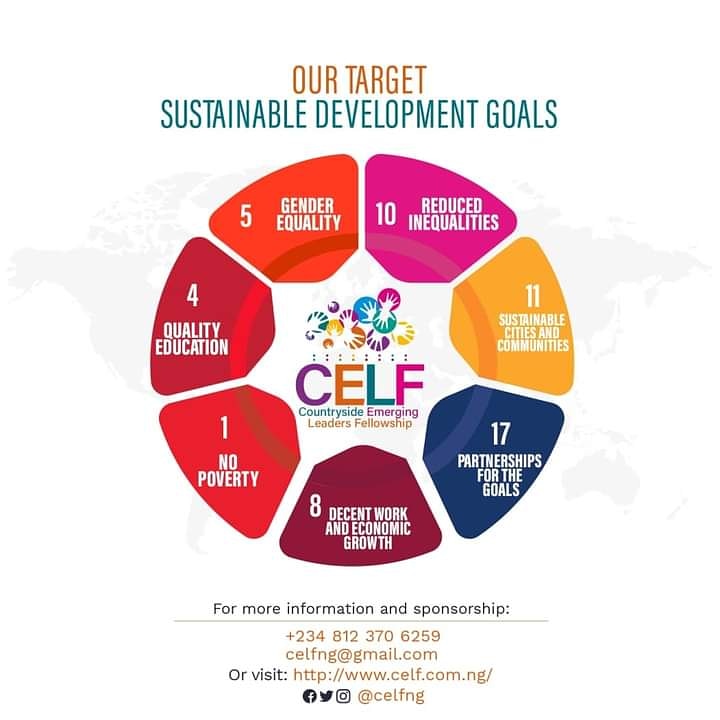 The Seven-Up Bottling Company, FEMTECH and May Foundation  pledged  support for the 2021 edition of the Countryside Emerging Leaders Fellowship (CELF).

The organizations made commitment to support the second edition of CELF commencing on Wednesday December 1, 2021.

The Head, Human Resources of the Company, Mr. Ade Ogini, had, while making the donation to the representatives of Haashim Initiative for Community Advancement (HICA) led by its publicity secretary, Abdulrasheed Saadudeen; applauded the initiative, noting that the fellowship would go a long way in addressing restiveness and high rates of dropout among youths, especially in the rural areas in Kwara State.

“The company made the donation in a bid to support the educational intervention which is capable of promoting human capital development,” Ogini noted.

In his remarks, Mr. Saadudeen, the representative of HICA, who also doubles as the publicity secretary for the CELF project, thanked the management of Seven-Up for its support for the fellowship since its commencement in 2020. He pledged the continued commitment of HICA to the development of education, particularly in Kwara, and the sustainance of efforts aimed at facilitating self development, entrepreneurship and community development among youths. He also called for the continuation of a mutually beneficial partnership between Seven-Up and HICA.

CELF Public Secretary, Abdulrasheed Saadudeen in a statement made available to newsmen on Tuesday also listed Sobi FM, FIK Construction Ltd and  among others as new donors.