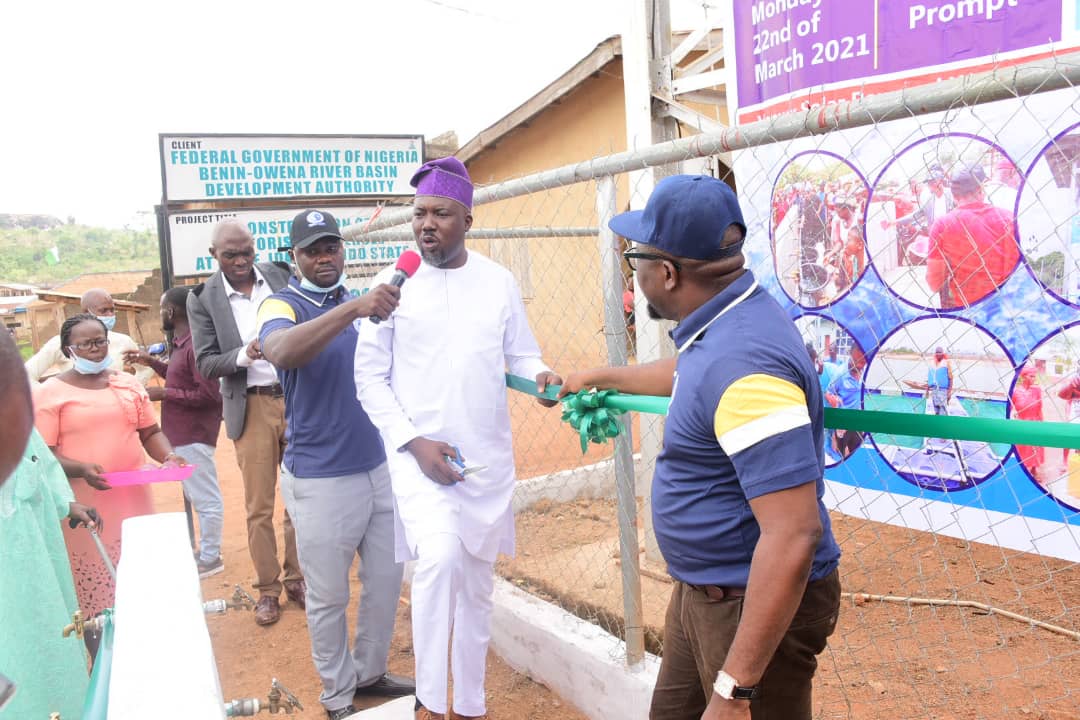 The CEO/Managing Director of Institute of Mortgage Brokers and Lenders of Nigeria, Abuja and a stalwart of the Peoples Democratic Party (PDP,  Adeleye Olusayero Jasper on Monday commissioned high capacity motorised borehole in Idanre, Ondo state.

Adeleye Olusayero popularly known as CONFIRMED facilitated the drilling of multimillion motorized borehole at  the back of Olofin Police Station, Idanre to ensure people get access to clean and safe water.

While commissioning the project implemented by Benin – Owens River Basin Development Authority, Mr. Osikela Omo- Ikirodah, an Executive Director (Planning & Design) commended Olusayero for the lofty project and enjoined the people to make maximum use of the borehole.

Mrs Akinmola Olamide Helen, an Idanre indigene described the project as impressive and called on other Idanre indigenes to emulate Olusayero by facilitating laudable projects to the town.

Mrs Akinmola noted that such actions will accelerate Idanre development.

In his words,  Rev. Anthony Adebusuyi of St. Patrick’s Catholic Church said the water project that will enhance the health of the people of the community.

A community leader, Mrs Wemimo Aroloye (JP) appreciated the PDP stalwart for give back to his community.

Olusayero CONFIRMED in his chat with newsmen said he decided to facilitate the water project to help solve the problem of water shortage and attendant health issues associated with it.

He also  promised to continue to address any problem facing his people with his limited resources.

Idanre residents who attended the event praised Olusayero for his consistency in giving back to the society.

FactualTimes reports that the philanthropist recently organized medical outreach where thousands were treated free of charge, distributed of farm kits and boots for farmers.