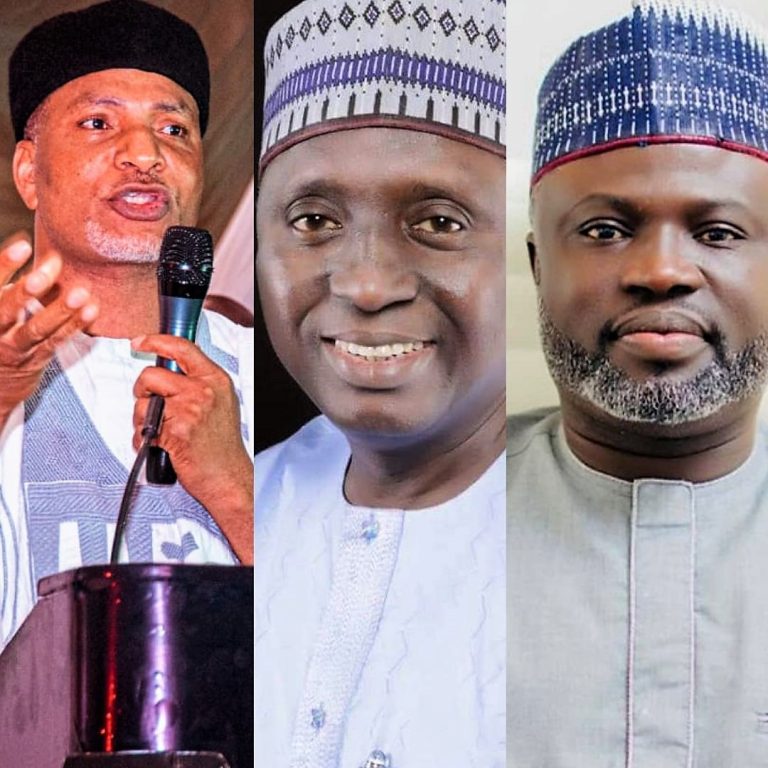 The All Progressives Congress (APC) has once again adjusted the timetable of its primary election, thereby fixing Friday 27th of May, 2022, for aspirants jostling for Senatorial District ticket to slug it out. The exercise will produce candidates across the federation, who will in turn fly the party’s ticket in the periodic 2023 general election.

Kwara State is among the states to witness a very tense, shocking, unpredictable, but not controversial APC primary election across all levels. This is so because no prominent, influential aspirant is assured of the party’s ticket, specifically because there currently exists a political culture of independence; a growing acumen for making sound decisions, and no reliance on “big-name”, but credibility is gradually deepening among Kwarans since the rejection of the scion of Ọmọ Bàbá Olóyè dynasty, Bukola Saraki and his itinerant disciples in the 2019 election through a masses-oriented movement, christened Otoge.

Immediately after the success of APC in the 2019 election, discord set in, consuming the peace enjoyed by the party. The internal crisis was severe, to the extent that a significant number of APC stakeholders and members defected to Social Democratic Party (SDP), while a sizeable number returned to PDP and YPP. 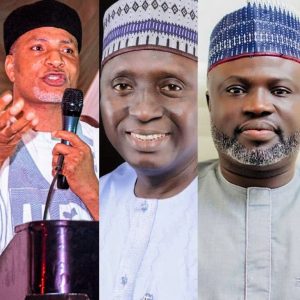 Lately, Kwara State PDP under the leadership of the 2019 tormented Dr. Bukola Saraki had elected Mallam Bolaji Abdullah as the Umbrella’s flagbearer for Kwara Central Senatorial seat. Abdullah who was a former Minister of Youths and Sports; once held sway as Kwara State Commissioner for Education; is from Ilorin West. Abdullah is a trained journalist, writer and orator who has many publications to his credit.

Bolaji would be riding on the horseback of the political structure of his godfather, Bukola Saraki, who also hailed from Ilorin West and holds a topmost chieftaincy title to the Emir of Ilorin, the Waziri Ngeri of Ilorin Emitate. It is pertinent to note that llorin West hosts the largest number of PDP political actors and influencers. Therefore, Bolaji might enjoy the electoral goodwill of his Ilorin West people during the general election.

Simply put, Abdullah will pose a threat to any APC candidate in the 2023 poll. It becomes incumbent on APC to pick a sellable candidate. This requires looking outside the PDP stronghold – Ilorin West!

Senator Oloriegbe: Oloriegbe is a serving senator in the current 9th assembly. Interestingly, he is among the most performing senators in the 9th National Assembly.

Oloriegbe being the Chairman of the Senate Committee on Health has exploited the position to effect some laudable changes in the Nigeria Health sector. He has raised the bar of representation and capitalized on the prioritization of Health system the Buhari led Government. He has also a few number of empowerment programs for his constituents.

However, Oloriegbe reelection is facing a lot of challenges starting from his dwindling political popularity among the downtrodden. The reason for this development isn’t unconnected with his political style that’s inherent poor accessibility and outreach.

Another challenge APC would face with the candidature of Oloriegbe is sharing Local Government with the Governor. Expectedly, a serving senator should possess a strong political strength in his Local Government and has the prowess to deliver his LG without any external influences. Regardless, Oloriegbe has little presence in Ilorin West. In a similar manner, Oloriegbe is not seen as the Senator of Kwara central but of the APC party. His empowerment programs have received many knocks for being too partisan.

Lastly, Oloriegbe’s omniscient attitude is causing him problems among the elites.

The agitation for power rotation will definitely deny Oloriegbe significant votes from other Local Governments making up Kwara Central. For APC to secure handsome votes from Ilorin East, Ilorin South, and Asa Local Government(s), the party should avoid throwing its ticket to Ilorin West.

Mallam Saliu Mustapha: Mustapha is one of the founders of the defunct Congress for Progressive Change (CPC). He was the party’s National Deputy Chairman. CPC was one of the political parties which merged together to form the APC. Mustapha was said to be one of the prominent members of President Muhammadu Buhari’s kitchen cabinets. He contested for the position of Chairman at the recently concluded APC National Convention, but stepped down for the incumbent Senator Abdulahi Adamu, based on party consensus.

Mustapha is a renowned philanthropist. He has empowered thousands of Kwarans with substantive amount of funds kickstart or boost their businesses. Known for convening serial social intervention schemes, Saliu gave out the sum of 200 million naira to indigent Kwarans during the last empowerment.

He is a traditional chief of Ilorin Emirate, with the title: Turaki Ngeri of Ilorin! The title was recently conferred on Mustapha by the Emir in recognition of his immense contributions to the social, economic and cultural development of the Ilorin Emirate and her people. The title has lately made him more popular than any of the other aspirants. Ilorin seems to have never been flooded with caliber of personalities who graced Saliu’s chieftaincy title.

Saliu Mustapha has also continued to reach out to the downtrodden across the state and irrespective of political affiliation. The methodology of his financial empowerment programs has made the poorest of the poor in the state benefit from his philanthropic gestures Foundation: His Foundation has been in existence for the last 15 years, assisting Kwarans and other Nigerians through a programme called Sadaqat. The Sadaqat was expanded to become an empowerment scheme after some years, with millions of naira disbursed through the programme. Such is rare empowerment in Kwara State, allowing beneficiaries amounts ranging from N200,000 to N2,000,000. The initiative earned Mustapha popularity across social classes, religious groups and varying age distributions.

Mustapha has also within the short period exhibited his deep understanding and familiarity with the tradition and culture of Ilorin and her politics. Unarguably, he is more accessible, calm and reachable.

Mustapha maintains rapport with powerful and successful individuals across Nigeria and diaspora. Many people believe that it would be easier for his personality to facilitate more developmental projects to Kwara State, given his strong connection with the country’s crème de la crème.

In addition, Mustapha is from Ilorin East, one of the three local governments marginalized from occupying Kwara Central Senatorial seat. He stands a better chance of obtaining at least, 65% votes from Ilorin East, significant votes from Ilorin South and Asa which are also agitating for power rotation. Added is that he has supporters and well-wishers outside APC, he is a personality that electorates would jettison their political affinity to vote for. His empowerment programme made him more popular across local governments in the Senatorial District.

He is a mineral resources engineer. An employer of labour, he sits on the Board of several reputable companies with many Kwarans as employees

The major challenge he could have had was addressed during the last APC primary election after he was disqualified from the 2019 Gubernatorial primary election on the false allegation of working for Dr. Bukola Saraki. The allegation turned out to be unfounded, baseless and unsubstantiated. The National Working Committee of the APC consequently apologized for his disqualification, citing that it was “unauthorized”.

Seriki is a businessman and philanthropist with a focus on poor people and persons living with disabilities. He is the Founder and Managing Director of Kursi Investments Limited.

A former lieutenant of Bukola Saraki, he served as the Director-General of the campaign that produced the incumbent Kwara State Governor Abdulrahman Abdulrasaq. Worryingly, Seriki has not held any elective post in the past.

Seriki like Saliu is from Ilorin East and stands to benefit from the agitation for power rotation/zoning.

Seriki also has many supporters among the youths and women. He’s a philanthropist and has made a significant impact on some indigent Kwarans.

Seriki has not held a notable political office either at the party level or governance level. That would be held to campaign against him.

Seriki is accessible but surrounded by youths with questionable characters. The scorecard of his social humble-relationship with indigent people most times called for internal influence.

Kwara State APC Decision: Knowing well populism is facing its last streak in Kwara, the All Progressives Congress cannot afford to cede a crucial Senatorial District like the Central to opposition. Bringing a proven manager of resources as Saliu Mustapha with a trackable record of engagement in social development projects has the capability of earning massive support of Kwara Central voters as we march forward to 2023 poll.