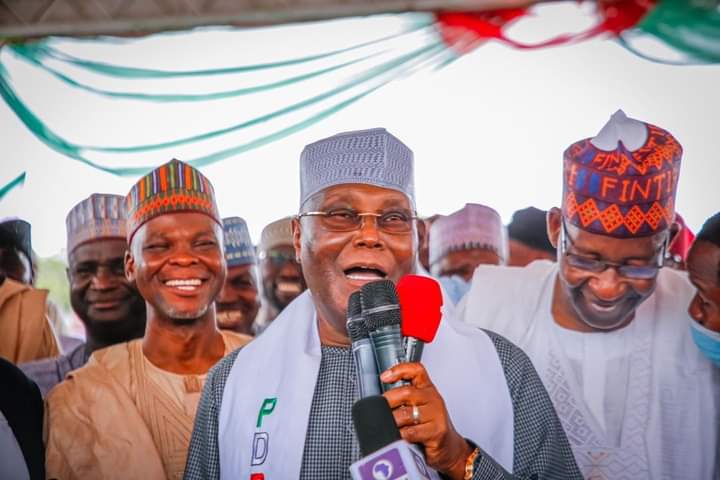 Others who defected to the PDP include Daniel Bwala, Commodore Sali Bodes, Umar Bello Calculate with thousands of their supporters.

Governor Umaru Fintiri who is the leader of the PDP in Adamawa welcomed the defectors, assuring them a level playing ground while calling on the party leaders and supporters to embrace them.

He called on Adamawa people to continue to unite to pave way for development to thrive in the state and urged them to project the former Vice President in other states.

In his remarks, former Vice President and Waziri Adamawa, Alhaji Atiku Abubakar expressed happiness that prominent politicians are returning to the PDP and called on others to join.

The State Chairman of PDP, Barrister Tahir Shehu assured that the returnees will be accorded equal rights in the party.

Responding on behalf of the defectors, former SSG who holds the title of Katuka Adamawa, Mr Kobis Ari Thimnu and Alhaji Umaru Bello Jada pledged their support to Governor.