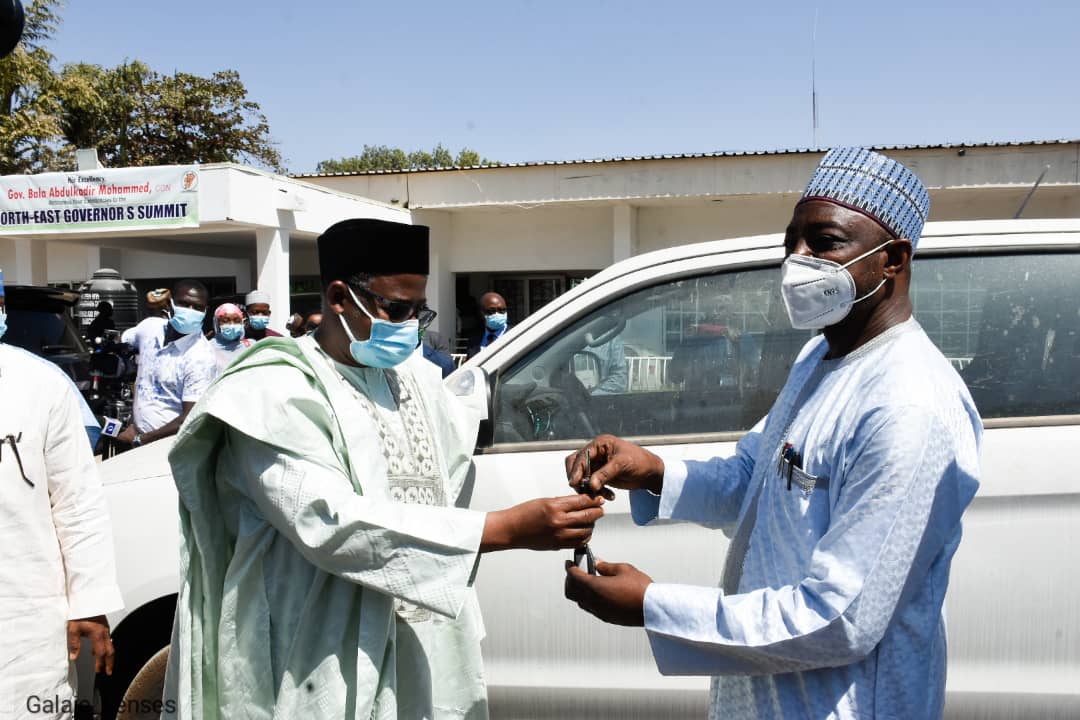 Bauchi State Governor, Bala Mohammed Abdulkadir  has donated land and operational vehicle to the National Agency for Science and Engineering Infrastructure (NASENI) to establish a science institute and kick off successful operations in the State.

Gov Mohammed made the donation on Tuesday in Bauchi when he received in audience, Professor Mohammed Sani Haruna, NASENI’s Executive Vice Chairman.

Governor Bala who said knowledge based economy through science and technology has the potentials to drive development, also described NASENI as an important agency in the development of science.

“Your agency has crucial roles to play in driving the nation’s science and technology development policies and programmes,” he said.

He urged the agency too woo Nigerian science experts abroad back home to support its activities.
“I have seen innovations and inventions by NASENI. I appreciate the way you establish partnerships and opening more frontiers.

Professor Sani who regretted that the heavy equipment and machinery development institute sited in Bauchi State has yet to kick start said with commitment from the current leadership in the State, NASENI will soon commence operations.
“This institute was approved in 2001, it is supposed to be the hope of North-East, it has not been actualised till date.’’