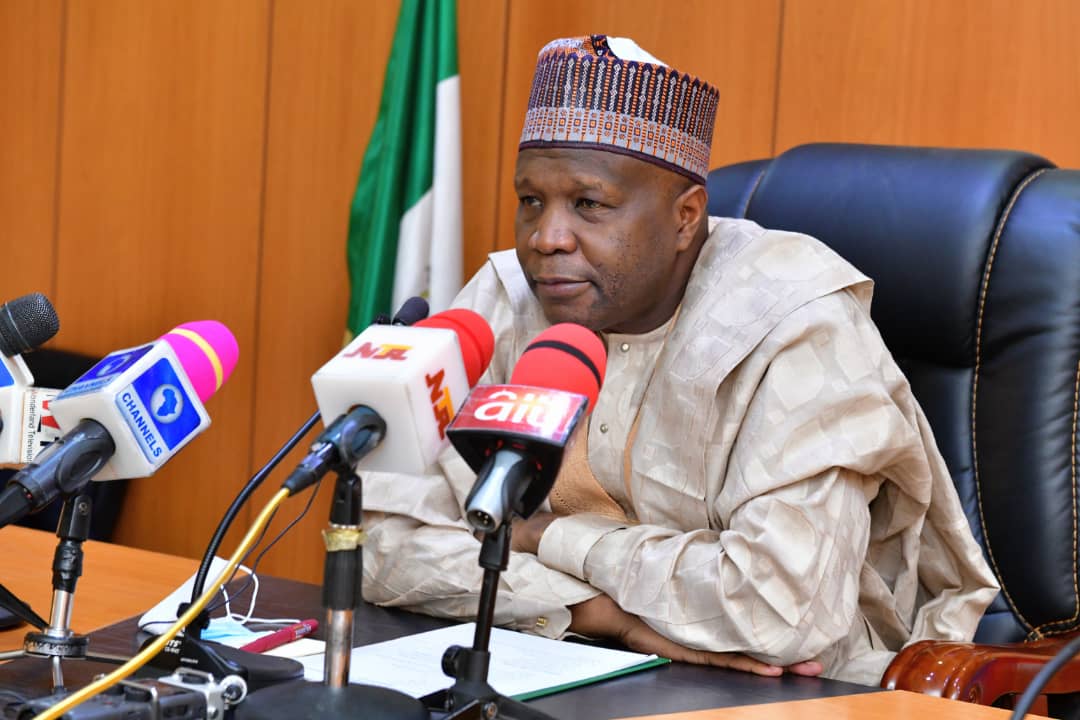 One of the major challenges confronting many states in Nigeria is the needless over bloated civil service predominantly characterised by ghost workers syndrome, truancy and redundancy, to say the least. This economic miasma which has been the practice for long has been limiting the ability of most states to provide far reaching infrastructural development for the people.

Gombe, like some other states across the federation, has had its fair share of this unfortunate and unacceptable practice of economic sabotage. Efforts by successive administrations in the state to stem the tide of this economic infraction by some civil servants provided little or no result because the more such efforts are introduced, the more the smarter perpetrators and accomplices of these acts devise other means to evade the process.

However, on coming into office on the 29th May 2019, Governor Muhammadu Inuwa Yahaya made it clear that the days of freebies for ghost and truant workers were over and that his administration will do everything possible to block leakages and ensure prudence in government spending. And so the cookies began to crumble for civil servants who are in the habit of enjoying freebies without adding value to the State to justify their take home pay.

The setting up and inauguration of a committee for the Gombe State Integrated Payroll Payment Gateway and Human Resource Management Information System by Governor Muhammadu Inuwa Yahaya was just all that is needed to send a clear and unambiguous message to civil servants at both the state and Local Government levels that “you cannot eat your cake and still have it on a platter of gold”.

As a matter of fact, the enormity of the challenge was better appreciated when figures emanating from the Gombe State committee on Integrated Payroll Payment Gateway and Human Resource Management Information System indicated that the bulk of monies paid as salaries which ended up in the pockets of ghost and truant workers which is like an evil win for the workers and avoidable loss to the State Government.

However the initiative that nailed this sharp practice and continually saves some substantial amount of money for the Gombe State Government on a monthly basis began when the committee deployed biometric equipment in Ministries, Departments and Agencies, MDAs at both the State and Local Government levels to not only capture staff data but to checkmate their punctuality to work by registering a staff fingerprint and facial recognition initially on arrival at work and later done on arrival and after close of work.

This monthly exercise determines who gets paid, suspended or placed under investigation, depending on a staff’s interaction with the data capturing equipment that is free of human interference. The exercise equally gives the committee, headed by the Gombe State Head of Civil Service, Alhaji Bappayo Yahaya the platform to brief newsmen on a monthly basis on number of staff whose salaries are suspended from the payroll both at the State and Local Government levels, those to be investigated and the savings made for the State Government on account of the biometric deployment.

In one of such briefings, for the months of July and August, the Gombe State Commissioner of Finance, Muhammad Gambo Magaji said the total number of staff suspended for the month of July was 473 with a cumulative salaries of N30, 025, 660 while 467 staff were suspended from the payroll for the month of August with a salary strength of N20, 743, 431. In all, over fifty million naira was saved and returned to the coffers of the Gombe State Government for the months of July and August. And so far, according to the Commissioner of Finance, “We have Savings of over 155m at the Moment from this exercise”.

This initiative, which is expected to be a continuous process, appears to be a departure from what used to be the case of a one-off staff verification to only ascertain the number of staff in the State and Local Government levels. Another unique characteristic of this system is the elimination of truancy and entrenchment of discipline in the civil service With over 65,000 civil servants in a State that is second to last in Federation ‘s statutory allocation, an initiative such the Gombe state Integrated Payroll Payment Gateway and Human Resource Management Information System is not only necessary but a must if the State must survive in the midst of the global economic meltdown occasioned by the covid-19 Pandemic and other economic challenges.