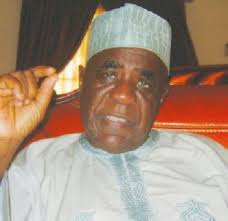 President Muhammadu Buhari on Tuesday in Abuja condoled with the Kanti-Bello family as well as the government and people of Katsina State on the death of Sen. Mahmud Kanti-Bello.

President Buhari, in a condolence message issued by his Special Adviser on Media and Publicity, Mr Femi Adesina, also commiserated with the Senate over the passage of their distinguished colleague and former Senate Chief Whip.

The President noted that as Senator representing Katsina Central Constituency/Daura Senatorial zone from 2003-2011, the deceased was a very outspoken and courageous patriot, who worked hard to ensure that all levels of government in the country were responsible and accountable.

According to him, Kanti Bello’s effective representation of his people at the national level and commitment to the unity of Nigeria will be long remembered and honoured; and will continue to serve as an inspiration to many others.