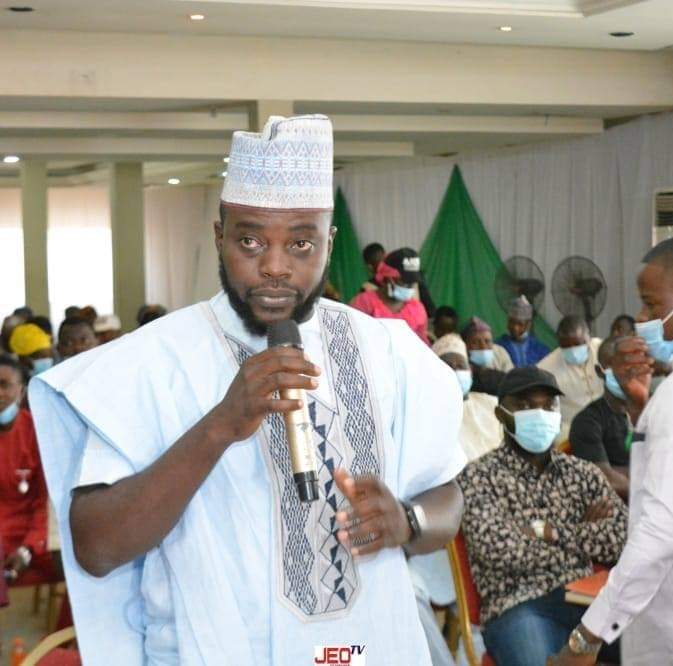 The House of Representatives Candidate of the Peoples Democratic Party (PDP) for Baruten/Kaiama Federal Constituency; Hon. Musa Idris Buko has congratulated Alh. Shuaibu Yaman Abdullahi on his emergence as the Kwara State PDP Flagbearer in the forthcoming 2023 gubernatorial elections.

Buko in a statement issued on Friday salutesdHon. Aliyu Ahman Pategi, and Professor Yisa Gana for not only strengthening democratic process of the Party, but also upholding the tenet of sportsmanship.

He commended other eminently qualified Aspirants who sacrificed their gubernatorial ambition to zoning, and then micro-zoning in the overall interest of the Peoples Democratic Party.

Recall, how the good people of Kwara North, as well as many other pressure groups, and conscientious Kwarans stood firm, resolute and made several sacrifices to achieve this feat. Hon. Idris Buko commends the People’s Democratic Party (PDP) for being the only political party in Kwara State that honours Kwara North with her platform to actualize this noble course. Most importantly, he extols the responsible leadership roles of the Leader of the Party, His Excellency Abubakar Bukola Saraki (CON), for not only listening to the cries of Kwara North, but also fulfilling his promise, against all odds to the people of the Senatorial District.

While offering his prayers to Alh. S. Y. Abdullahi, and all other Candidates of the party, he says: “May Almighty Allah bestow His blessings, wisdom, and strength to champion good governance and quality service delivery to the people of our dear State”.

He also appreciated stakeholders of Baruten/Kaiama Federal Constituency for the all-time support and the rare privilege of trust rested on his shoulders.

Buko promised to leave no stone unturned in exploring the legislative powers enshrined in the Constitution of the Federal Republic to turn things around for his people, community and the nation at large.