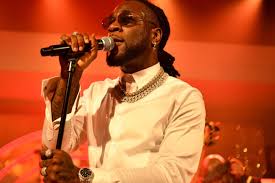 Burna Boy is one of the nominees for Best global music album for 2021 Grammy.

Twice as Tall, the fifth studio album of the Nigerian singer released on August 14, 2020 secures the global recognition for him.

The album was released by Spaceship Entertainment, Atlantic Records and Warner Music.