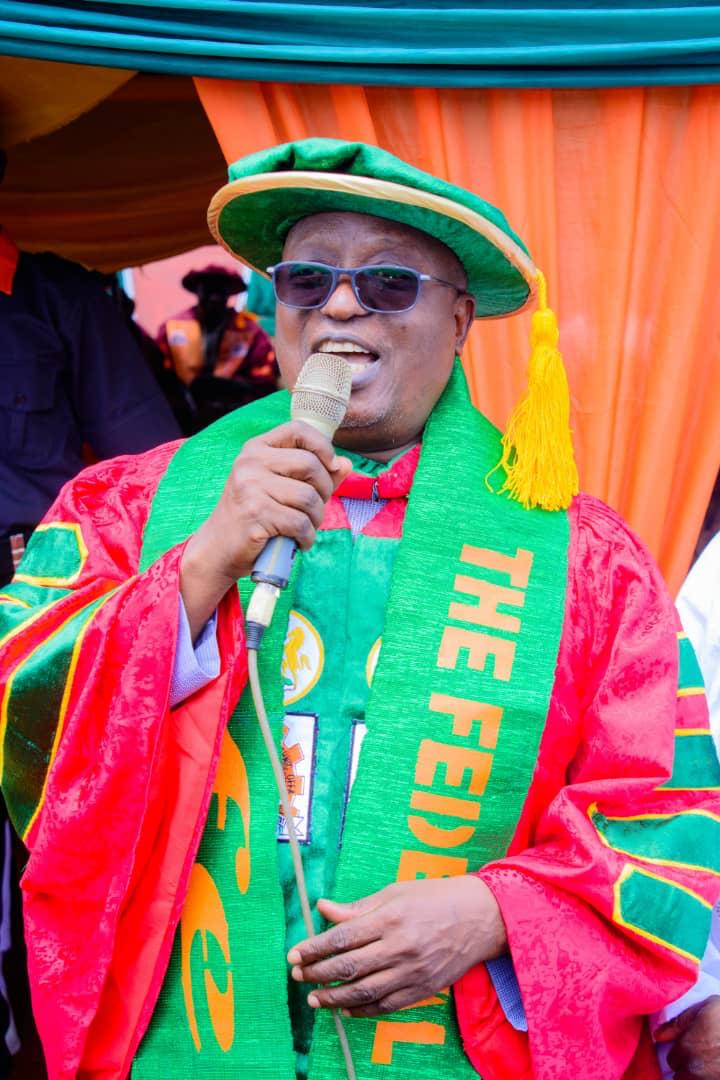 Smiling is a good strategy to live a healthy life, it attracts people, tame anger and even confuse your enemies. A smiling face usually sends positive signal to people, even on first encounter as an adage says first encounter lasts longer. A smiling personality needs no further attribution for people to know such person will be peace loving, accommodating, caring, humane and kindhearted.

Therefore, Senator Oyelola Ashiru representing Kwara South in the 9th Senate is an apt description of a smiling heart and accommodating soul.

A study carried out in United States revealed that a genuine smile can make you seem more likable, attractive, intelligent and even trustworthy. No wonder Senator Ashiru has been able to maintain good relationship with his supporters for over two decades in active politics.

The Professional Architect is not like typical Nigerian politician who would use supporters during electioneering campaigns and abandoned them, even after winning election. Although, the Offa born politician contested for Senate four times but lost due to the fact that he never refused to pitched tent with the oppressors and not because his constituents never liked the smiling man.

However, Mother Earth smiled at him in 2019, and he became a successful politician, his love increased more in the hearts of his followers and supporters.

In the build up to the 2019 general elections, Senator Ashiru toured all polling units in his constituency to canvass for people’s support. Some political analysts described his campaign as double edged sword aimed at canvassing for votes and carry out NEEDS Assessment in every community.

Ashiru didn’t allow the wide acceptance of the All Progressives Congress anchored on OTOGE to stop him from building strong political network to ensure his success at the poll.

Indeed the Lola Ashiru Ni O tagline even spread to other senatorial district as his customized materials were always visible during APC campaign.

The Offa born politician has used his influence to necessary infrastructure to tourism sites such as Owu Falls with the view of attracting tourists within and outside the state. This will definitely boost economy of Kwara South and create jobs for youth and open up the communities to more development.

He is working round the clock to ensure President Muhammadu Buhari sign bill on upgrade of Federal Polytechnic Offa to University recently passed by the Senate. The Architect turned Politician who is also Vice Chairmam Senate Committee on Housing is not resting to ensure Bill for establishment of University of History, Technology in Asie die to it’s strategic location.

As part of his commitment to better the lots of the vulnerable people in the society moved motions for regulation of Cooperative Society and Thrift societies in Nigeria and Need for Liberalization of Cement policy.

Senator Oyelola Ashiru will continue to put smile on faces of his people and Nigerians through quality representation and robust contributions to issue of national importance in the Red Chamber. His victory at APC Senatorial Primary election affirms the yearning of his constituents working assiduously to ensure he win again with wide margin.

Happy Birthday to the people’s senator, Architect Oyelola Ashiru!
67 heartily cheers to the seed that will bring good fruits to Kwara South Senatorial District.
67 Salutes to good ambassador of Offa

Nasir is a Senior Reporter at FactualTimes. He writes from Offa