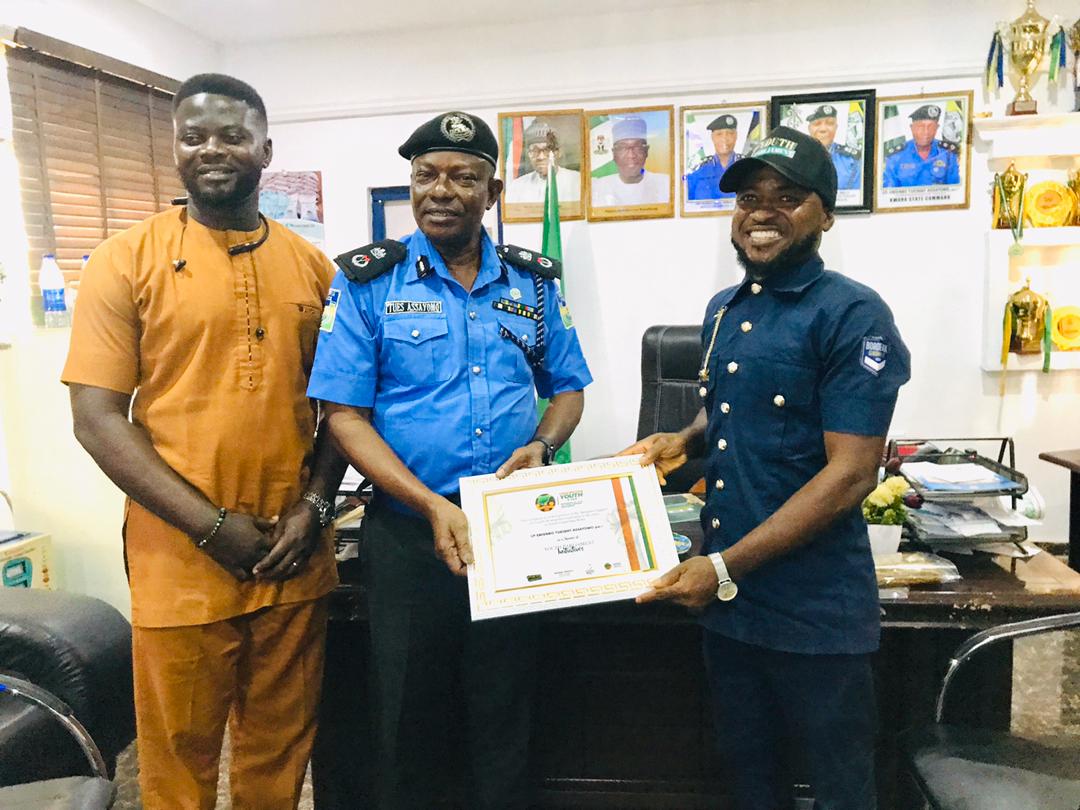 During the visit, the Coordinator of the foundation, Comrade Oyeyiola George Abiodun thanked the Commissioner for his support and efforts to protect them in the society.

He also urged the Commissioner to keep supporting the youths for the growth of the society.

“We have heard various things that you have done for the youths but we want to urge you not to relent and keep protecting us.”

Also, Comrade Dada Bamise, the welfare of the foundation tasked the commissioner to help put an end to the harassment of the youths in the state.

“The Police are our friend. We see and interact with them more than any Security Agency.

“That’s why we want to plead that you should help stop the harassment of the youths to create a peaceful state.”

On his part, the Commissioner praised the foundation for their efforts to sensitize the youths and urged them to intensify their actions to enlighten the youths to reduce the rate of crime in the country.

He also assured them of Police’ support while executing their projects and confirmed that he has stopped the harassment of the youths and charged them to report any officer with such an act.

He however appealed to the youths to desist from criminal acts and charged them to work together with the Police force to reduce the crime rate in Nigeria and Kwara state.

The Commissioner presented the Foundation with an award of recognition to carry out our aims and objectives.