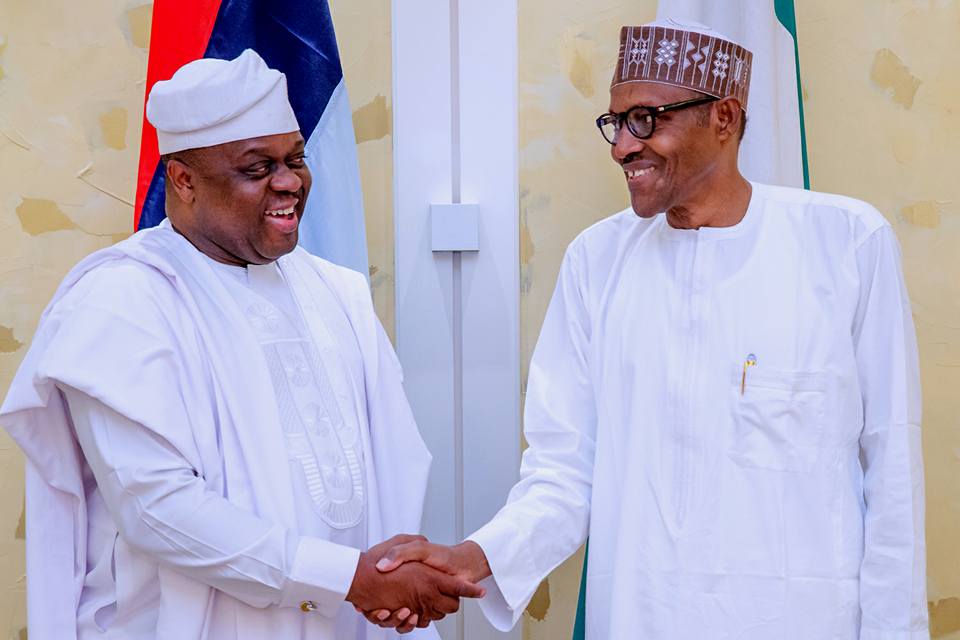 The Ogun State Chapter of the All Progressives Congress has kicked against the recent action taken by the Senator representing Ogun Central Senatorial District, Lanre Tejuoso, for allegedly defecting to an opposition party, describing him as a betrayal.

The party which further described Tejuoso as a “former member of our party in Ogun State” said it had followed the events of the last few days within the polity with keen interest, particularly as it affected him.

This was contained in a communiqué released in Abeokuta on Thursday and signed by the Chairman, Ogun Central Senatorial district of the APC,  Yomi Ademefun, and Secretary, Ogun Central APC caucus, Saheed Ariori.

The communiqué was issued after a meeting of party members in the six local governments that made up the Ogun Central Senatorial district.

The meeting was held at the party’s secretariat in Abeokuta.

The party said Senator Tejuoso never communicated his intentions to those that voted for him in the constituency.

The communiqué partly read,  “Members were shocked to learn that our elected Senator, Dr Lanre Tejuoso, was among the senators that defected from the APC.

“We felt embarrassed that our senator did not deem it fit to defer to the party both at the state and zonal levels before taking this action, assuming he has any grievance.

“Our interactions with his purported coordinators and followers in the senatorial district indicate that they have disassociated themselves from his action.

“Much as we concede the right of Tejuoso to take any personal decision he deems fit politically, we that voted for him to become a senator, hereby, distance ourselves from this action.

“The Ogun APC senatorial district remains one and indivisible and holds its allegiance to the party in the state and in the nation.”

Ademefun said Tejuoso had not intimated the party at the state and zonal levels of his intentions to rejoin the party.

He said, “I saw him on TV meeting with the leadership of the APC at the national level; he has yet to come back to us in the senatorial district and the chairman that he is coming back to the APC.

“As I said, we are representing Ogun Central Senatorial District; the action we will take will depend on the outcome of our meeting with him. We will call him and listen to him before we take any action.”