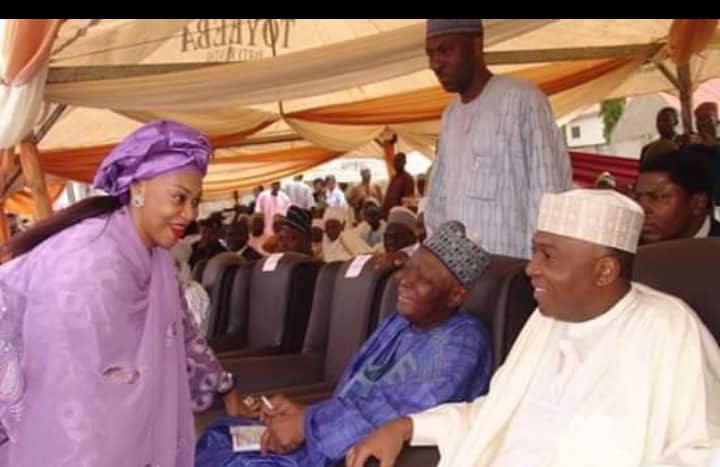 Today marks exactly 8 years the political titan of Kwara, Dr Olusola Saraki died. The indisputable greatest politician in Nigeria. I referred to him as “indisputable” because he achieved what no one else could or who else can you point to in our national history whose daughter was a two-term honourable member of the house of representatives, a senator and now a minister or whose son was a 2 term governor, two-term senator and became senate president?

While this piece neither disputes nor robs our nationalists of their place in history, it is an admiration of Baba Saraki’s political prowess, incremental community and legendary humanitarian services, and profoundly, an admiration towards such achievement as a father.

Forget the version of Sherlock Holmes movie both the son and daughter of Baba are shooting – which is influenced by their ideological differences on politics and power.

The first political captain of the Saraki Dynasty has made it so difficult to erase the footsteps of them from the history of the state and nation at large. Each person in that family embarked on separate political vocation and exhibited different sagacity and brilliance that made them all winners. 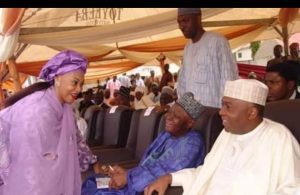 Until lately that the dynasty suffered a recess with huge impact from the reticent amiable sister against her charismatic brother, none has ever suffered political fools gladly. However, who says a corrective and collective action can’t be taken? After all, it is a game between first class graduates of Baba Saraki University of Politics, why should GRS be crucified for beating her brother when we all applauded him for beating their father in a game of political chess? We can clap for them all without having to make one saint and the other villain. Till today, what is incontrovertible is that Baba Saraki’s daughter is a minister in Nigeria. So, those that fought heavily against the family can as well clap for themselves, sip water and take a cue at their foolishness of how the family has adeptly kept the manual for their political trickery away from us.

Baba Saraki saw a “woman” in his girl and a “man” in his boy before joining his ancestors, whether there is “political” rift or not between them is not the point but the fact that the man died as a fulfilled father. Grab a newspaper from 2003 till date, neither the name of the son nor the daughter is missing on the pages of major national and international dailies. Flip through the frontline newspapers from the 70s to 2013, you won’t find the name of Olusola Saraki missing. Last year, when I laid my hand on one of my father’s files titled “The Saraki Family” and read extracted pages from newspapers like “Newswatch” among others, I’ve only learnt one thing: it is either one learns to admire that family or nurse(s) envy for them – the choice is solemnly and solely yours. Whatever choice you make is within your sentiments. Love or hate them, their success doesn’t deprive your family of theirs.

Baba is a continuously evolving political message; a complete note of political history whose enviable era and dream as the political captain of a dynasty was to leave an enduring legacy. Yes, the time is changing but his vision was glaring, inspirational and encompassing. He should be proud that both enemies and friends do not dare to dare his marks and most importantly; his “reputation and goodwill”. Though his approach and philosophies may no longer resonate with a 21st-century political climate, yet he remains a colossus; an exquisite political ideologue.

Baba was a huge mountain because he doesn’t yield a single grain of his sand (followers) ambivalently – as he was extremely loyal to loyalty. Today, you may feel free to call Dr Olusola Saraki anything, you may try to alter or rig history

However, remember what made that money in your pocket powerful is not the figure at the front but the number of zero behind it. Both son and daughter are his zero. Just like money, they can nullify or add value to anything. Such a zero achievement is very rare. While we mostly think zero is a useless number, he saw the power in it and invested heavily on it. He was a zero man!