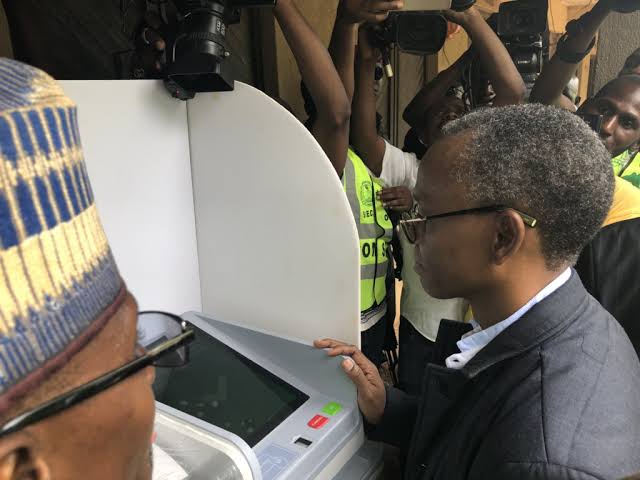 Mallam Nasir el-Rufai has opened a newchapter in the political history of Nigeria with the adoption of e-voting for Kaduna State local government election.

The September 4, 2021 local government election held in 19 out of 23 councils of the Northwest state and shows el-Rufai has taken a bold step to deepen Nigeria’s democracy, especially at the grassroot level which is closest to the people.

It’s a known fact that local government elections across the country are usually one-way where the ruling party in the state clears both councillorship and Chairmanship seats in questionable version.

However, the adoption of e-voting for the second time by Kaduna State Independent Electoral Commission was a by-product of el-Rufai’s political will towards conducting credible, fair, free and acceptable council polls.

El-Rufai during a media interview recalled that “voters in Kaduna state first made history on 12th May 2018 when they cast their ballots on electronic voting machines to elect chairmen and councillors for the 23 local government councils in our state.”

It’s noteworthy that the Governor apart from facilitating passage of enabling law for e-voting provided funds and logistics support for hitch free process. He is a good example for his counterparts who have turned local government councils to a unit of Governor’s office with appointment of caretaker committee.

For records, Kaduna State Independent Electoral Commission has conducted local government elections twice within six years of el-Rufai’s administration. This is highly commendable, noble and positive development that other state governors should embrace in order to reenergize local government administration across the country.

Although, the All Progressives Congress (APC) lost some seats in the just concluded council poll, but the courage of the self acclaimed ‘Accidental Public Servant’ has nullified illogical argument of the National Assembly on e-voting adoption including transmission of general elections electronically.

The firm and purposeful leader in his post-election appearance on Channels TV explained how to prevent rigging with e-voting. According to him, the printing of ballot for confirmation after voting, transmission of result to central server, saving of result on Flashdrive and display/circulation of election at each polling unit would make the election credible and acceptable to all.

The Governor also commended the people of Kaduna State for “showing, for the second time that there is no obstacle to the successful adoption of electronic voting technology in Nigeria.’’

El-Rufai’s logical, critical and succinct analysis of how to make e-voting shows it will be difficult for hackers to successfully make headway in three-step result validation process. Hence, the argument that the country is not ripe for e-voting can be described as a ruse from political desperados who are beneficiaries of faulty polls laced with multiple voting, underage voting, ballot snatching and changing of results at collation centres among other sharp practices.

The uncompromising Kaduna State Governor has proved doubters of e-voting wrong once again and history would be kind to him just as his firmness in restoration of Abuja Master plan remains fresh in every patriotic citizen’s memory.

Oyewale is a Public Affairs Analyst and Social Commentator, he writes from Lagos. He can be reach via obalola234@yahoo.com