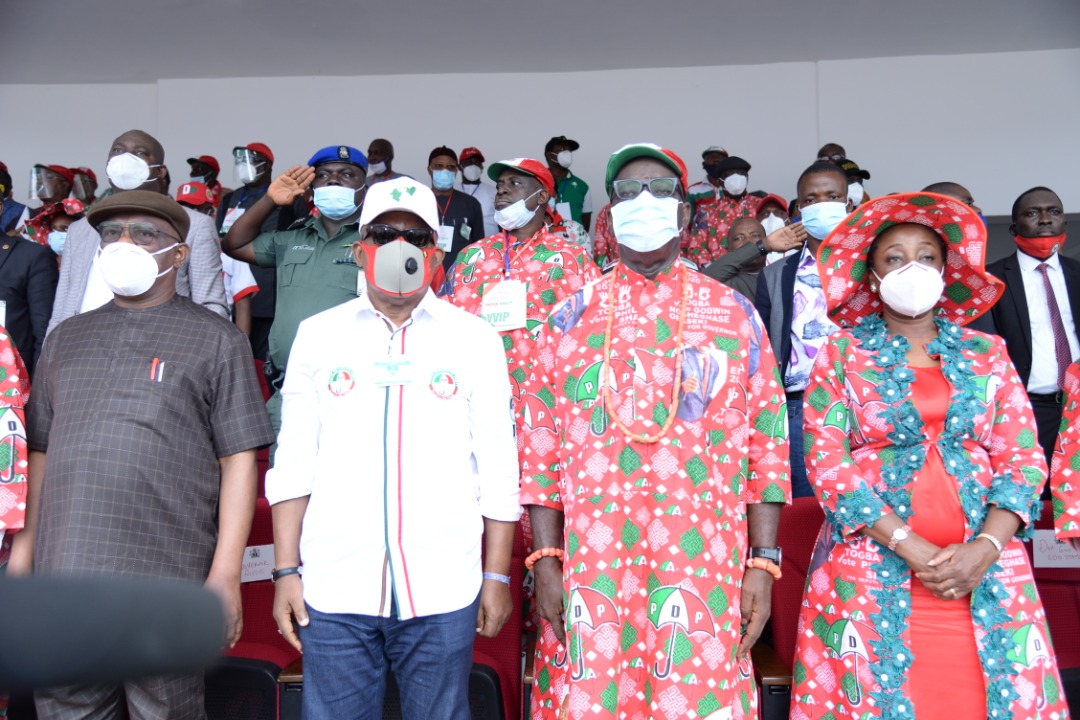 Not fewer than 100 groups have pledged support for Governor Godwin Obaseki in the Edo 2020 Governorship election.

The Edo State Governor and the Peoples Democratic Party (PDP) candidate disclosed this while speaking at the Party campaign round up at Samuel Ogbemudia Stadium on Tuesday.

Obaseki declared that with the support of Edo people and endorsements by over 100 groups in the state, he is certain of victory in Saturday’s gubernatorial election in the state.

The governor therefore urged eligible voters in the state to come out en masse to vote the PDP to enable him consolidate on the achievements recorded in his first term and put an end to godfatherism in the state.

According to Obaseki, “I don’t have anything to say to you my Edo people but to thank you; you have been wonderful especially as we went through the 192 wards to seek your support for reelection.

“We will win this election because so far over 100 groups have endorsed me for the race. With groups like the Nigeria Labour Congress (NLC) Trade Union Congress (TUC) Nigeria Union of Teachers (NUT), Nigeria Union of Pensioners (NUP) and other groups in the state behind me, tell me how we will lose the election?”