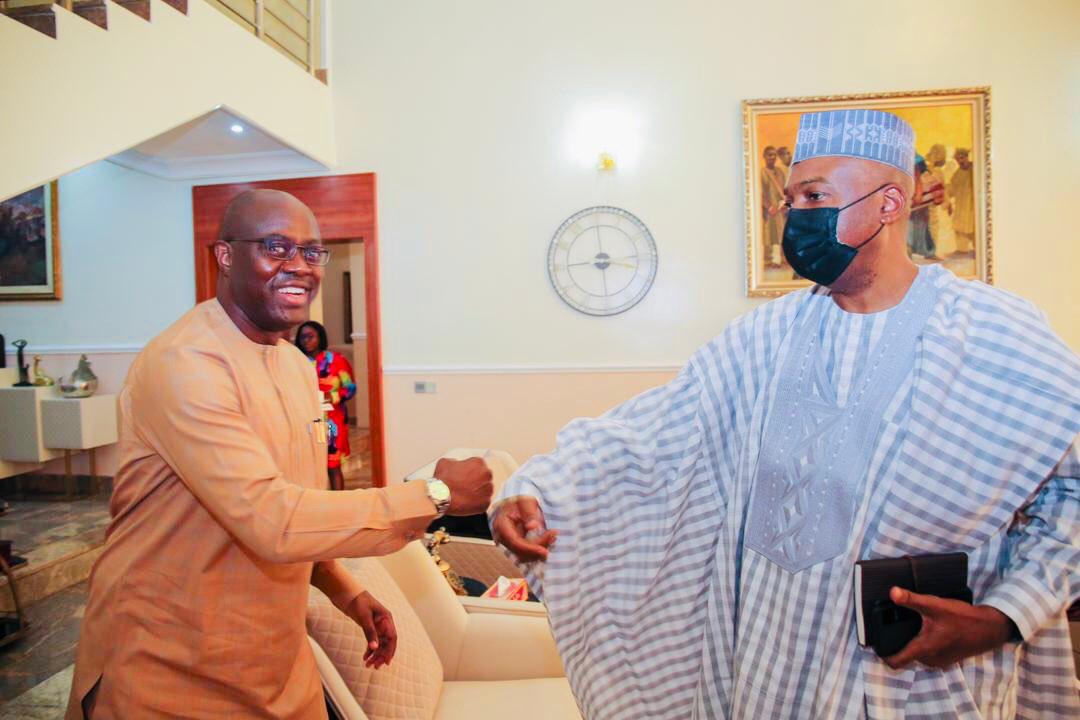 The former Kwara State Governor visited Makinde at the Government Hoise Ibadan on Friday to discuss way forward for the leading opposition party in the zone.

”As part of our ongoing efforts to reconcile the leaders and members of our great party, last week, I had a meeting with the former Governor of Ekiti State, Ayodele Fayose.” He noted

”As a follow-up to that engagement and consultation, this evening, I just wrapped up an extensive but fruitful meeting with Governor Seyi Makinde of Oyo State.”

Saraki added that the Reconciliation Committee will continue to listen to and learn about the concerns of party towards forging a stronger and more united Peoples Democratic Party.

FactualTimes Correspondent reports that Fayose is battling Makinde over Southwest PDP leadership and attempt to hijack the party leadership in Ekiti state.

The National Working Committee constituted Saraki-led Reconciliation committee to reposition the party ahead of future elections including Ekiti 2022 governorship election.