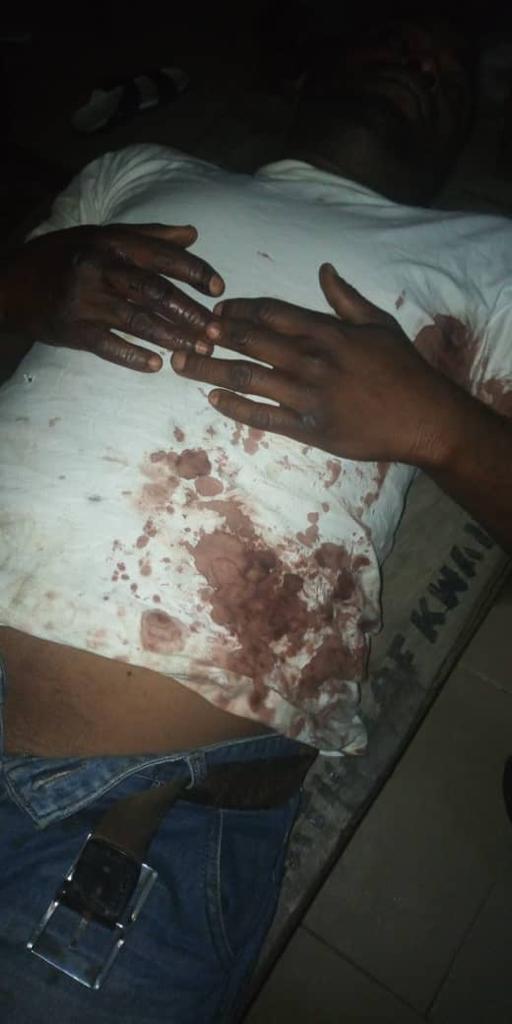 A Fuji artist based in Kwara State, king Jamiu Ayinde Aloba who recently suffer gun shot by unknown gunmen has called on the state and federal government to be more proactive in securing the life and properties of the citizens.

Aloba said this as result of what he experienced on 19 of October this year at Amusement guest house, located at Taiwo area Ilorin, where some youth armed with gun around 1am stormed the venue where he used to playing overnight and started shooting at people.

He noted that not less than three of his band boys were victims of the gunshot plus him.

Aloba, who said that he had never experience such incident before since close to forty years he started his Fuji career in the state.

Added that he and other victims were rushed to a house of a man called ‘Baba Seriki Daddi’ who happened to be a leader of vigilante in Surulere area at that midnight to help in removing bullets in their body first, after which they later moved to the hospital in the following morning when the pain was too much.

He confirmed that police from ‘B’ division covering the area of which the incident happened visited them at house of vigilante leader at that particular night and collected some information that would aid them in their investigation but could not say if police had apprehended anybody in related to the incident.

Added that after some days, they got to know from information flying around that those youth that stormed the venue and started shooting were members of a particular cult group.

Meanwhile, he called on the state government, his fans and other individuals to please come to his assistance in getting better treatment as he is still under serious pains as result of that gunshot he sustained.

He, also called on the state government under the leadership of Governor AbdulRahaman AbdulRasaq and various security agencies in the state to be more proactive in ensuring adequate security are always provided at any period of time in the state.