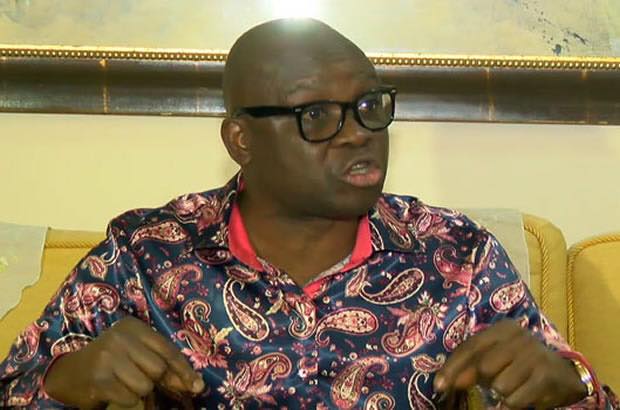 Ekiti State Governor, Ayodele Fayose has said the defeat of All Progressives Congress and its candidate, Dr Kayode Fayemi, in the July 14 governorship election in the state will be a shocker to the presidency.
Fayose stated this via a statement issued by his Chief Press Secretary, Mr Idowu Adelusi in Ado-Ekiti on Sunday, in reaction to the quit notice given to him and his party, the Peoples Democratic Party by the presidency during the APC’s National Convention in Abuja.
The governor said the APC was daydreaming, because apart from Ekiti which is already a hope lost for Fayemi, the APC would also meet its waterloo in Osun State, and would be finally dislodged from the presidency in 2019.
He added that the presidency did not need a soothsayer to educate them that its candidate would not be able to win in Ekiti because he had offended stakeholders who are the real voters.
“President Muhammadu Buhari, who initially was being deceived with the fake popularity of Fayemi in Ekiti, has seen the reality, likewise Vice President Yemi Osinbajo, who equally has capitulated.
“While the President said though he wished Fayemi would win but elections are not predictable, Osinbajo said any party could win. This is because they have been told the truth. How can Fayemi win when he lacks the support of the critical sectors – the voters?
“He has offended the teachers, who he demoted, harassed and planned to sack. They also know that if Fayemi comes back, he is going to sack them, so, how will teachers vote for him?”
Fayose was optimistic that the PDP and its candidate, Prof Kolapo Olusola, would win convincingly during the poll.
“The local government workers that Fayemi harassed and said were not necessary are not his friends.
“Recently, he said no local government needs more than 200 workers, signifying that he plans to sack them if elected. They won’t vote for him.”