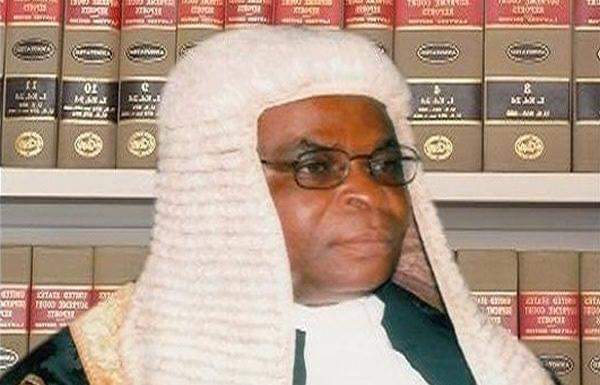 Presidency has debunked the allegation that federal government ordered for arrest of Chief Justice on Nigeria.

The Special Adviser to the president, Femi Adesina in a statement issued on Saturday, said the allegation is being peddled to cause confusion ahead of general elections.

Adesina reiterated that President Muhammadu Buhari is committed to fight against corruption and will always adhere to rule of law.

We have read with considerable concern and surprise, the fake news of the Presidency’s alleged plan to arrest the Chief Justice of Nigeria and frame three other Supreme Court Justices.

This false story is being peddled by the Coalition of United Political Parties (CUPP) apparently to set the judiciary against the executive and cause major confusion ahead of the forthcoming general elections.

The story is absolutely false as the Presidency is not in any way involved in plotting against or framing anybody.

We note that the findings of the Code of Conduct Bureau against the Chief Justice of Nigeria, and the allegations arising from them, are being handled by the courts in the normal way, as is expected in a democratic society like ours. The Presidency has not, and will certainly not, interfere in the process.

We, however, want to draw the attention of the general public to this or similar false stories, which are ill motivated to further the political interests of their sponsors.

While the Buhari administration is very firmly committed to the fight against corruption, we want to assure the general public that Government will always pursue its mission with the highest standards of fairness, and in strict conformity with the relevant laws.