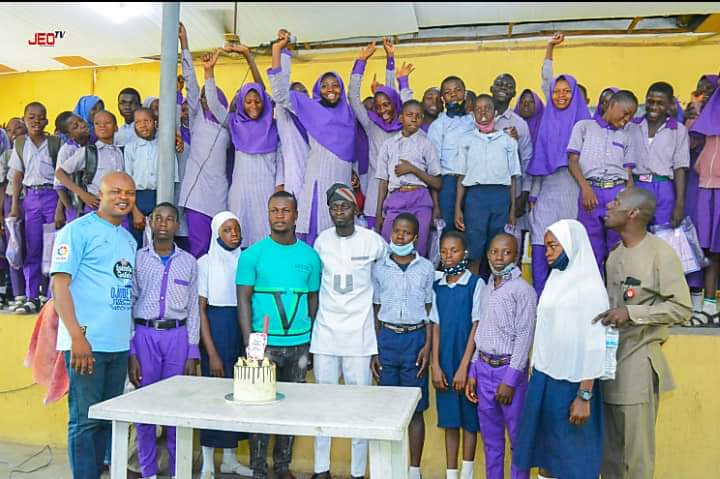 The students had debated the causes and solutions to ethnic crisis in Nigeria, with 2 participants from each of the schools. FOMWAN Comprehensive College, Okeode took the lead with a total point of 70%, while Agbona High School, Share and Government Secondary School Babanla took first and second runner up positions with 63% and 46% points respectively. Oke-Ode Grammar School, Oke-ode had 48%.

The Panel of Judges for the debate is Chaired by Engr. Ibrahim Olayinka Otukoko, with the famous Community Development practitioner – Lawal Olohungbebe and an Education Consultant – Ayodele Isaiah as members.

Abdulsalam noted that “It is unfortunate that the ethnic conflicts have continued unabated and constituted a serious security problem. The recent Shasha market and Billiri ethno-religious crises in Oyo and Bauchi States respectively are good examples and necessitates the need to build the minds of our younger generation towards the path of human capacity on how to keep Nigeria one through unity and cohesion.”

He said “Institutional weakness on the part of tiers of the state stemming from lack of political will and lackadaisical attitude towards conflict management at the early stage, circulation of fake news, absence of peace education/programmes, absence of Good Governance and marginalisation of the minority groups, uncontrollable arm proliferation and influence of hard drugs and other substances are the cause and responsible as motivation for ethnic violence in Nigeria.”

Abdusalam furthered that ethnic conflict/violence across the world has resulted to instant death, permanent injury, displacement of community members, dislocation of socio-economic activities, rape of women, and destruction of means of livelihood among others.

He noted the strategic options to stem the trend of ethnic conflict/violence is to reverse positively, the causes of the menace, concluding that “Ethnic conflict/violence has no boundary in Nigeria as the minority groups are always suspicious of the majority. These negative tendencies could be corrected or turn positive when citizens realised that we have to live and guided by the dictates of the Nigeria Constitution. The moment we realised this, the wrong notion that all animals are equal but some are more equal than others will be out of place.”

Earlier in their presentations, the secondary school students identified intolerance and lack of education among other. They suggested citizenship education for all and establishment of effective mediation institution across the country as solutions to ethnic crisis in the country.