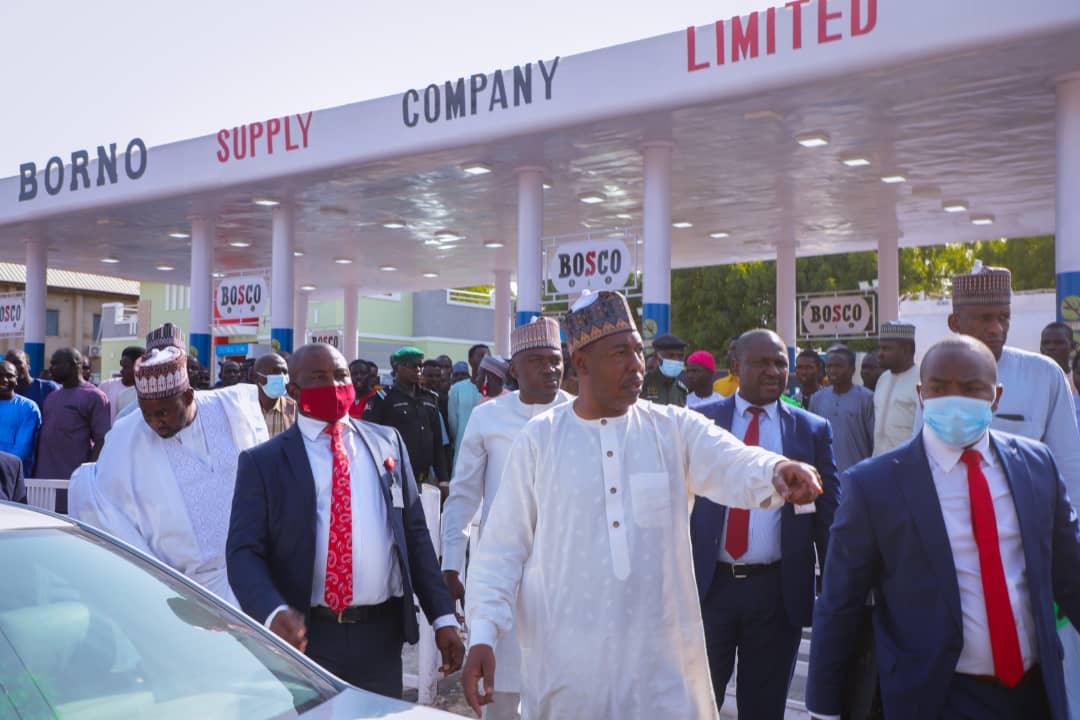 The Governor who was at the filling station, monitored the distribution of products to citizens at official price of N161 per litre.

Zulum was also at private filling stations across the state capital, where fuel was being allegedly hoarded.

Most filling stations in Maiduguri have been under lock in the past one week, a situation that caused pains on motorists and other residents.

The scarcity, is suspected to have been caused by hoarders who expect to make increased profits in the midst of a rumored plans for increase in pump price by the federal government. A rumour, that the NNPC has dismissed at the weekend.

The scarcity has come at a time when Maiduguri has been without power supply for over one month after Boko Haram blew up power lines, cutting the Borno capital from the national electricity grid.

Lack of power increased reliance on electricity generators, which depend on fuel to function.

The Governor, while answering questions from journalists, said the government was working with hope of resolving the fuel scarcity in Maiduguri within the next two days.