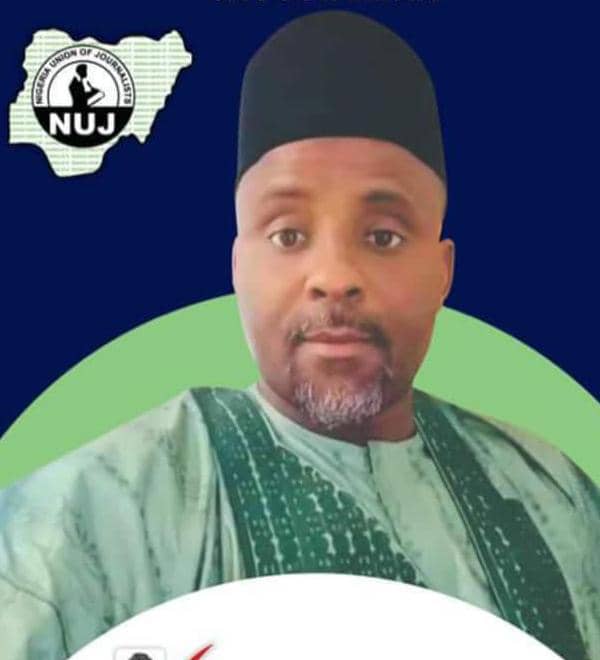 Gombe state Governor, Muhammadu Inuwa Yahaya has received with excitement, the news of the election of Comrade Alhassan Yahya Abdullahi as the Deputy President of the Nigeria Union of Journalists, NUJ.

Comrade Alhassan, who was the Vice President ( Zone E) of the Union, was elected alongside other national officers, including the President, Mr. Christopher Isiguzo who was re-electe for second term during the Seventh Triennial Delegates’ Conference of the NUJ held on Thursday in Abia State.

In a congratulatory message, Governor Yahaya described Comrade Alhassan as a good ambassador of Gombe state and shining example for upcoming Journalists.

“I am highly delighted and excited with the cheering news of the emergence of our brother as the Deputy President of the NUJ, an exalted position in the union that goes along with lot of influence in the pen profession ”.

“It is my sincere prayer that you’ll bring to bear the vast experience you have garnered over the years to push for robust ideas and innovations that will galvanise your professional colleagues in the task of upholding the ethics of fairness, objectivity, truthfulness and patriotism in order to build a better society”.

While also rejoicing with the Gombe State Council of the NUJ over the feat attained by its member and former chairman, the Governor restated his administration’s resolve to continue to provide enabling environment for journalists to perform their professional duties in the state.