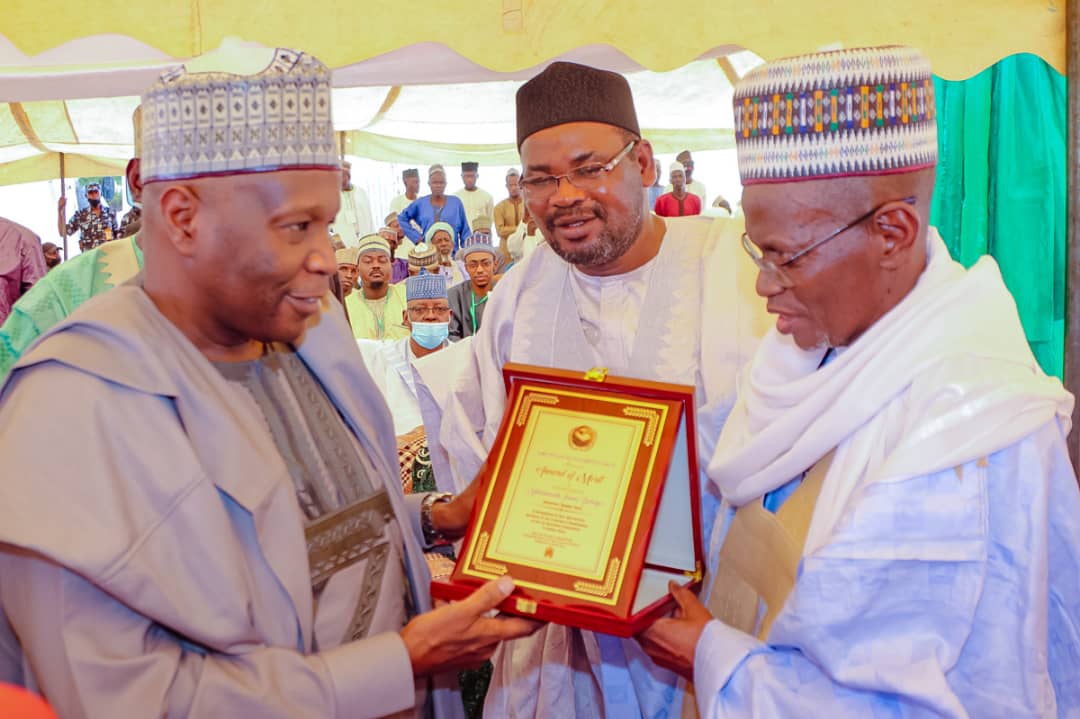 Governor Muhammadu Inuwa Yahaya has reiterated his administration’s commitment to support religious activities that will have direct bearing in building a better and prosperous society without discrimination.

The Governor gave the indication during the opening ceremony of the state’s 25th edition of qur’an recitation competition taking place in Dukku.

This year’s competition has 393 contestants participating and it is the first time a governor in the state attended the ceremony in the past years.

Governor Inuwa Yahaya said his administration will continue to give priority to both western and religious education for the good of the society.

He said his government, through the Better Education Service Delivery for All (BESDA) is supporting Qura’an education and integrating with western education for better productivity.

Governor Yahaya charged participants at the occasion to not only pay attention to the recitation but to also put into practice the morals and teachings contained in the holy book for a better hereafter.

“Through, BESDA programme, we established about 676 centres and trained facilitators to provide an integrated education for our teeming youths ” .

“Recently you are witnesses to how our government laid foundation for the construction of a modern Tsangaya school to accomodate a large number of almajiris and we will replicate same across all the local government areas”, he added.

The governor pledged to continue supporting the committee in its quest to achieve its mandate.

He attributed the prevalence of moral decadence to negligence of religious teachings.

“That is why when the Commissioner for education sought for my approval of the qur’anic recitation competition, I asked him to come along with the proposal for the Bible study Competition with all sense of fairness to both religions because we pledged to be fair to all while taking oath of office”.

He therefore called on all stakeholders to re-dedicate themselves toward supporting Qur’anic education and urged the participants to put into practice the good teachings of the holy books for a better life on earth and the hereafter.

Earlier in his address, the Chairman of the State Qur’an Competition Committee, Hon. Khadi Muhammad Inuwa Gombe said the overall objective of the competition is to instill discipline and uplift the moral behaviour of the Muslim youths.

He said, the competition is an annual event organised under the auspices of the centre for Islamic Studies, Usman Danfodio University, Sokoto with a view to selecting participants who will eventually represent the country in the international contest in Saudi Arabia and Kuwait.

He then thanked Governor Inuwa Yahaya for supporting the conduct and activities of his committee. He said, “I wish to put it on record that the success recorded by this committee would not have been possible without the support and benevolence of his Excellency”.

The chairman revealed that over the last 25 years, Musabaqah in Gombe state has recorded quite a number of successes. “Gombe State has produced over 30 winners of the national competition in different categories out of which 4 have meritoriously represented the nation at international competitions” he said.

Khadi Inuwa expressed his joy on behalf of all family of Qur’anic Memorisers to His Excellency for opening a new chapter in the history of Qur’anic Musabaqah, noting that governor Inuwa is the first elected governor to personally attend the opening ceremony of the state Competition.

“For us in Gombe, this is our first time to receive these high powered dignitaries led by the Governor himself”, he said.

“By this singular gesture, without doubt, His Excellency has demonstrated beyond words that he is a worthy leader as he has today opened a new chapter in the history of Qur’anic recitation competition in Gombe State” .

The committee conferred on Governor Inuwa, a distinguished award of hinour for his meritorious service and commitment to the success of the competition since his assumption of office as Governor of Gombe state” .

There were remarks by other dignitaries, including the Commissioner of Education, Mr. Dauda Maji Batari Zambuk, elder statesman, Alhaji Umaru Maigari who served as chairman of the occasion as well as Emir of Dukku, Alhaji Haruna Abdulkadir Rasheed among others.