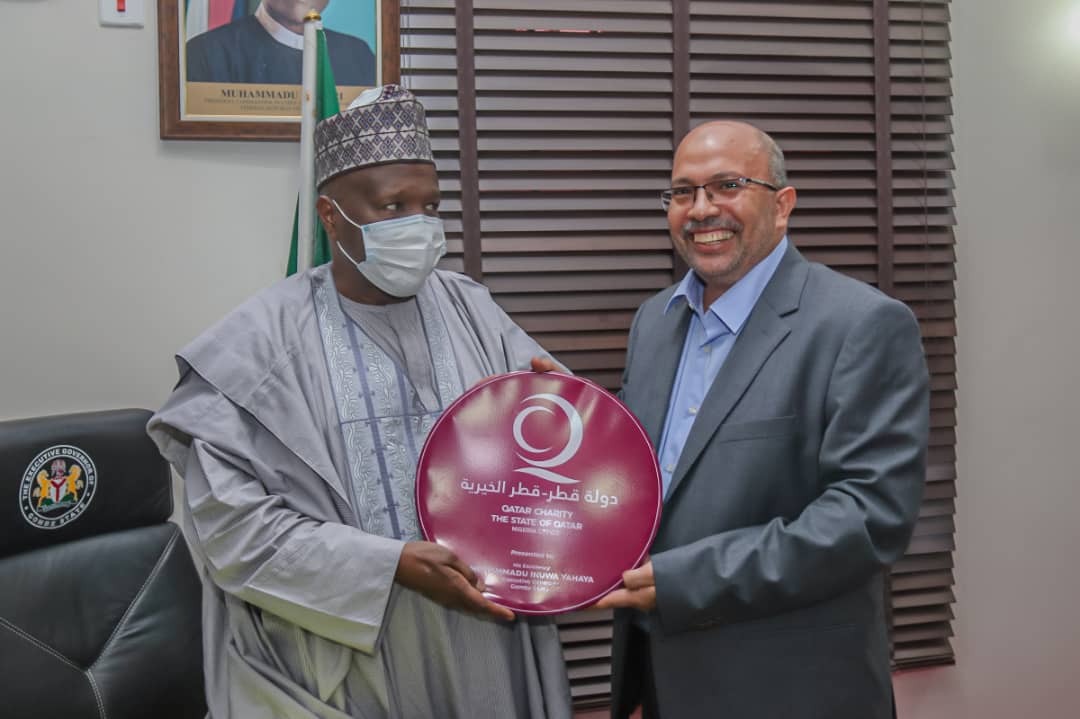 Gombe state Governor, Alhaji Muhammadu Inuwa Yahaya has been debriefed by the Qatar Charity Foundation on the organization’s assesment tour of proposed projects sites under its charity mission in some communities in Gombe state.

The Country Director, Sheikh Hamdi Mohamed Elsayed told Governor Inuwa Yahaya that his team had visited over 50 villages across the eleven LGAs of Gombe state and identified sites and locations in different Communities that deserve intervention.

“Though we have so far already started executing projects in few communities, but we are assuring his excellency that before the sacred month of Ramadan sets in, Gombe state will feel the impact of our projects”.

He said full time project implementation will commence in few weeks, coming with emphasis on quality work in every project.

Sheikh Hamdi was confident that the foundation’s projects across Gombe state will be completed before the year 2021 runs out.

He said some of the communities visited, including Lambam, Shinga in Yamaltu Deba, Kupto in Funakaye LGA, Bambam in Balanga LGA and a host of others have in one way or the other started benefitting from the foundation’s projects where mosques and houses were built, healthcare facilities and solar powered boreholes were also constructed.

He assured of the foundation’s committed to constructing additional classrooms and hostels for the Special School in Gombe metropolis.

“We are also planning to construct a solar powered borehole for the Special School in Gombe as well as provide them with modern teaching and learning facilities that can enhance their learning process and compete with their counterparts in other climes”.

He thanked Governor Yahaya for the hospitality and support accorded his team throughout their eight weeks’ stay in Gombe.

Responding, Governor Muhammadu Inuwa Yahaya noted with satisfaction the dividends of partnership between Gombe state government and Qatar Charity Organisation, which he said will compliment his Administration’s drive towards alleviating poverty and empowering the teeming populace.

The Governor observed that when fully implemented, the charity projects of the QC will impact positively on the lives of many communities across the eleven local government areas of the state.

“I am looking forward to seeing the full implementation of your charity projects across the state so that our people will be relieved from hardship”.

During the visit, the QC’s Country Director, Sheikh Hamdi presented Governor Inuwa Yahaya with a Special Qatari Emblem in recognition of the Governor’s prioritization of humanitarian services in his state.