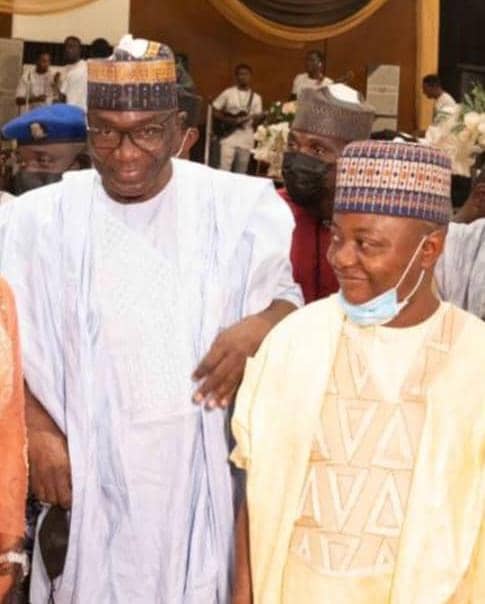 Education is the bedrock of development at any level, as technical education, being offered at the Polytechnic is critical to the development of any nation. It is, therefore, exciting that the Governor AbdulRahman AbdulRazaq-led administration has prioritized education with strategic investment across the sector. The Teritairy Education is receiving attention amidst ongoing revamping of basic education in Kwara State.

In the past, Kwara State Polytechnic, Ilorin, which has been attracting students from different parts of the country due to its strategic location of connecting the Southern and Northern parts of the country, was turned to cash cow by individuals and greedy elements within the government. This act, therefore, denies the citadel of learning the steady progress expected of an institution of its nature.

However, the administration of Mallam AbdulRahman AbdulRazaq is making Kwara State Polytechnic to feel fresh breathe with remarkable achievements recorded within the last three years. It is apt to say that the Polytechnic, under the leadership of the hardworking and innovative Rector, Dr. Abdul Jimoh Mohammed has not had a robust succour as it is currently experiencing even in the last two decades. The Polytechnic has witnessed significant infrastructural development, academic expansion, improvement in Staff Welfare, advancement in teaching and learning through adoption of Information and Communication Technology (ICT), as well as Advanced Skill and Enterpreneural trainings at the prestigious institution.

The present administration completed the Multipurpose Auditorium Project, awarded by the Kwara State Government during the tenure of the late Rear Admiral Muhammed Alabi Lawal in 2001. The 2000-capacity auditorium was completed and furnished with modern facilities by AbdulRahman AbdulRazaq after two successive administrations abandoned the project. The new Multipurpose Hall, commissioned on June 25, 2021 was named after the initiator, Admiral Muhammed Lawal after Gov. AbdulRazaq rejected a proposal to name the project after him.

Without exaggeration, the Mallam AbdulRahman AbdulRazaq administration also facilitated the completion of Students’ Hostel, which was equally awarded by Governor Lawal in 2001 but was abandoned, following the expiration of his tenure in 2003. The intervention of Gov. AbdulRazaq by paying off the contractor handling the project, led to its take over and smooth completion by the Tertiary Education Trust Fund (TETFUND), under the Federal Government. The hostel has the capacity to accommodate over 1000 students. AbdulRazaq, being a lover of students, has also taken over the renovation of another hostel abandoned in 2016 due to inhabitable conditions and will soon be ready for students occupation hopefully in the new academic session.

Just like other Teritairy Institutions in the State, AbdulRahman AbdulRazaq’s administration also released millions of naira for accreditation and re-accreditation in line with the National Board for Technical Education (NBTE) requirements and standard for continuation of such academic programmes at the Polytechnic. The Peoples’-friendly Governor went a step further by providing necessary support to secure Higher National Diploma (HND) accreditation for Mass Communication Department, to relieve National Diploma graduands from the Polytechnic of psychological trauma and disappointment associated with seeking HND admission in other institutions. The State Government assisted the institution to secure HND accreditation through the establishment of Campus Radio-Kwara Poly 88.5 fm, which is key requirement for Mass Communication HND approval.

Furthermore, the Kwara State Polytechnic Management has implemented other laudable projects from its Internally Generated Revenue with the support of the state government in the areas of blockage of leakages and other sharp practices associated with payment of School fees, Certificate fees, Transcript processing and other revenue generating activities. The projects include: Hostel Renovation, upgrade of lecture halls, renovation of Staff quarters, provision of office furniture and other facility, cash backing of four years promotion arrears (2017, 2018, 2019 and 2020), free medical outreach for staff and light up Kwara-poly Solar Project. The Health Centre and the Westend Hostel are now running on Solar 24 hours.

The Polytechnic also made its mark during the Covid-19 Pandemic with mass production of Pedal Operated hand washing machines for government agencies and Kwarans. Besides, with the kind support of this lover of education Governor, AbdulRahman AbdulRazaq, the school established a Network Operating Centre to provide free internet service across the campus via connection to wireless services.

Apart from that, the current administration has resuscitated the Engineering Training tools in Civil Engineering Department in order to produce world-class engineers that would build and supervise quality and durable projects in the nearest future. The School Management recently signed a Memorandum of Understanding (MoU) with Woodmate for the training of students and others in Heavy duty filling and gridding, HD Cicula Cutter Press Drill and Universal Woodwork Machine.

In another development, the consistent motivation from Governor AbdulRahman AbdulRazaq has propelled the Polytechnic Management to revive the IJMB programme and possibly construct IJMB Village to accommodate thousands of students that will be participating in the programme. 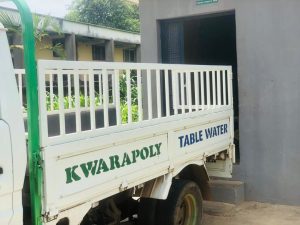 In addition, the Polytechnic has a Commercial bakery, bottle water line and a revived sachet water plant in order to boost its internally generated revenue as well as give students opportunity to work and learn. The Rector, Dr. Abdul Mohammed said the Work and Learn policy gives students opportunity to work and learn at the bakery and water plant to get stipend based on the number of hours used during the month.

The Rector also described His Excellency’s giant strides across all the sectors, as monumental and commendable and capable of taking the state to enviable heights in the Country

To cap it all, it might interest us to know that plans are under way by the State-owned Polytechnic to establish a Micro-Finance Bank, which will serve the School Community and its environs, all of which are derived from the conducive atmosphere created by the present administration for the institution to thrive.