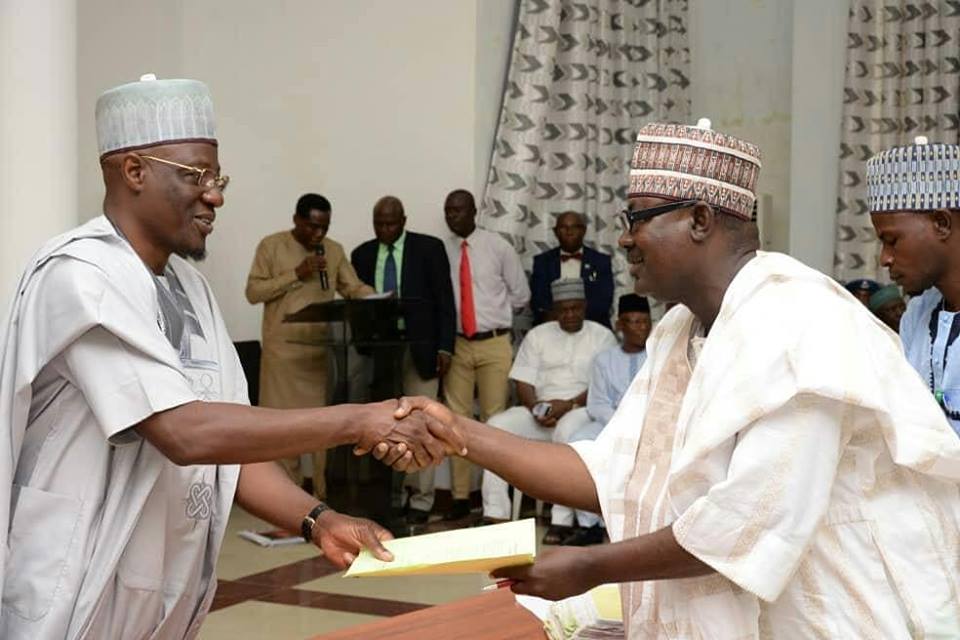 Kwara State Governor, Alhaji Abdulfatah Ahmed has sworn in six new permanent secretaries with a charge to align with the policy objectives of his administration.

The Governor at the swearing in ceremony at the Government House on Wednesday noted that his government is committed to completing all ongoing projects, up-scaling human capital development, especially health, functional education, and entrepreneurship even as his administration winds down.

He disclosed that the appointment of the new Permanent Secretaries were based on individual track records of performance and their potential to add value to governance.

He urged them champion the government’s prudent utilization of resources while motivating staff to imbibe the diligence for which the state is known for.

Ahmed also urged them to justify the confidence reposed in them by continuing to uphold the diligence which recommended them for the position. 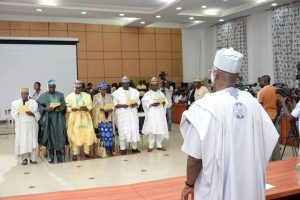 Responding, the Permanent Secretary, Ministry of Women Affairs, Alhaji Abdulganiyu Opeloyeru expressed gratitude to Governor Ahmed for the appointment and assured the Governor of their readiness to bring their experiences to bear in achieving the lofty aspirations of the state government.