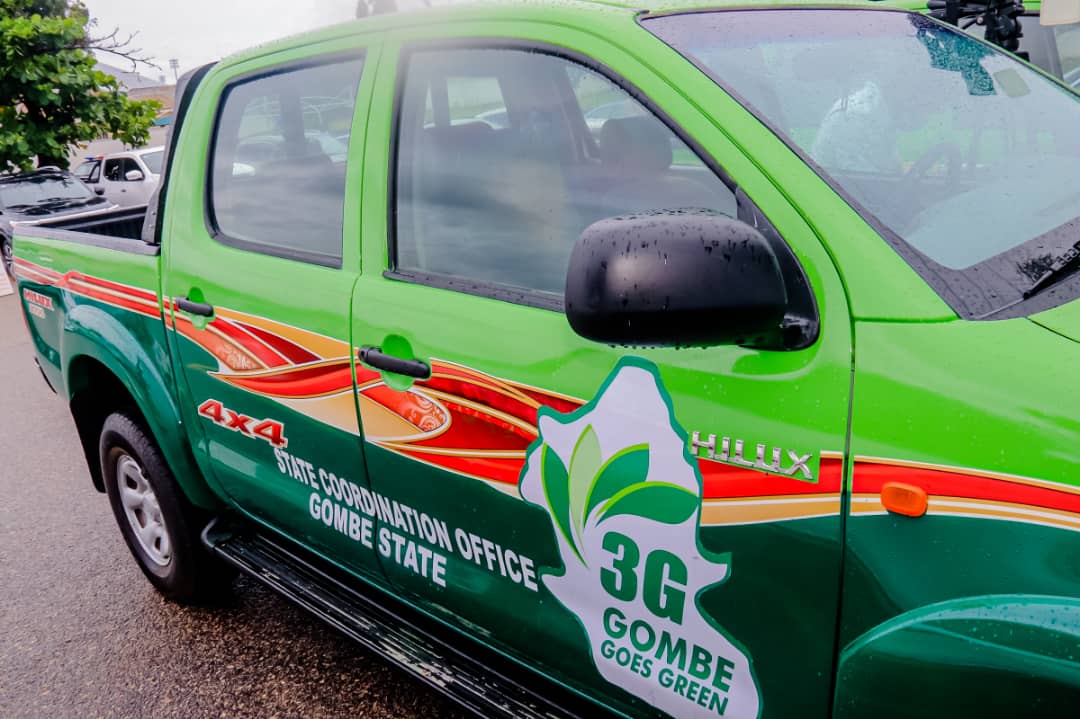 Presenting the operational vehicles to the Director General of the Project, Governor Muhammadu Inuwa Yahaya recalled that barely some 3 months into office his administration launched the 3G initiative in Dukku Local Government Area with a clear target of planting one million trees in each year.

He noted that the aim of the initiative was to fight desertification, degradation and the subsequent effects of climate change and global warming so as to mitigate any environmental impacts on the people.

“In the last two years we did a lot and I believe by facilitating the good work 3G is doing they can still do more; Our target is to surpass the 4 million trees in four years”.

Governor Inuwa Yahaya revealed that the initiative has so far planted 2 million trees across the State. He therefore tasked the 3G Project Coordination office to redouble its efforts towards surpassing records of the previous years.

He said his administration will continue to encourage the citizens towards planting trees rather than destroying forest reserves, maintaining that the framework of implementation and monitoring the art of reforestation was through the Coordination office of 3G.

He explained further that trees so far planted in Gombe Local Government Area is more than twenty hectares.

“Gombe State has received so many encomiums for this effort and so far some states are copying us and I hope you will do more so that you will inspire more states to borrow a leaf from us”.

The Governor said the State has equally received support and commendation from the Federal Ministry of Environment, NEWMAP and the Forestry Research Institute which has since established an office in the State to compliment the initiative.

Responding, the Director General of the Gombe Goes Green Project, Dr. Mohammed Tafida said the vehicles will facilitate activities of the project to expand and consolidate on the gains so far recorded through the initiative.

Dr. Tafida assured the Governor that his office will do everything necessary to ensure that the set targets are met in record time.