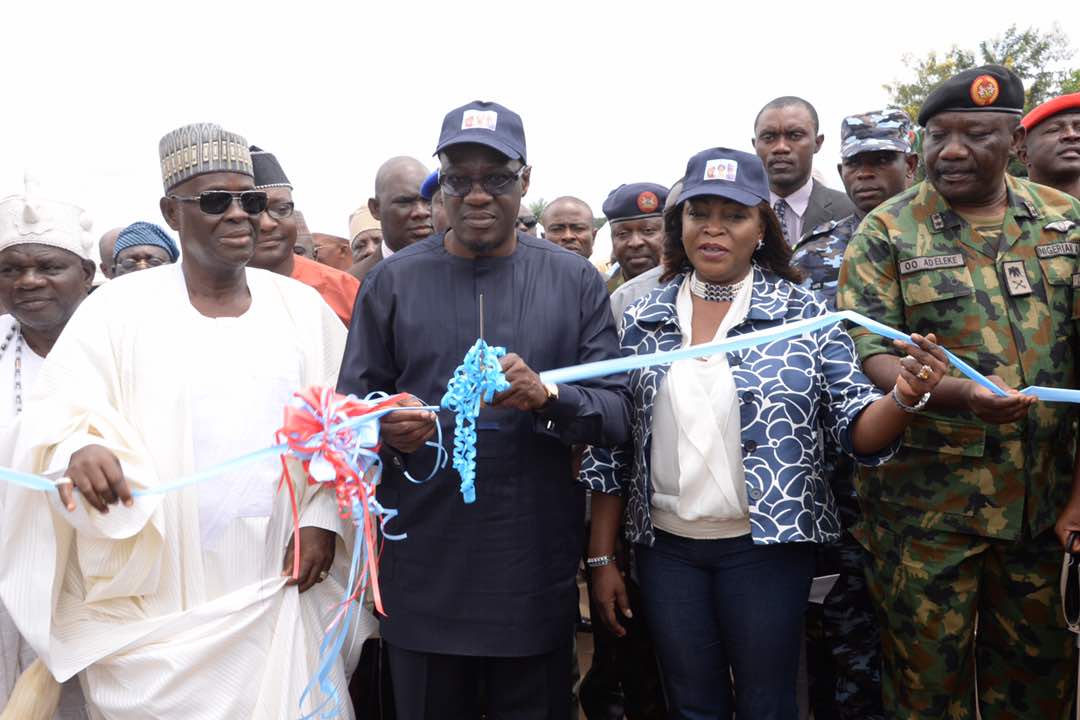 Kwara state governor, Alhaji AbdulFatah Ahmed is one of the few state governors are still executing massive infrastructural development projects amidst the dwindling global oil price that has negative impact on Nigeria’s revenue.

Rather than allow the situation to keep his administration on standstill, the foresight leader initiated reforms such as launching of IF-K and establishment of Kwara state Internal Revenue Service to make the state viable and strong economically.

Therefore, executing development projects across the 16 local government areas to enable the people feel impact of government and enjoy dividends of democracy, become easy, smooth and fast because contractors are being paid as at when due.

Apart from that, kwara state government completed over 20 roads scattered all the state in 2017 while about 30 road projects are still ongoing.

Furthermore, the city of Ilorin and other major town in the state has been given face lift with the installation Solar powered streetlights under Light up Kwara (LUK) while the state government is constructing three solar farm tunnels in Ilorin, the state capital. The tunnels when completed will serve as power generating source for streetlights and some public facilities such as Hospitals, Courts, Secretarait, Library and others. The idea behind Solar farm tunnels is to build ecofriendly environment in this era of climate change.

Also, governor Ahmed’s administration has provided over N500million grants to some rural communities in the state to support their self help project. The contributions of Governor Ahmed to bring meaningful development to the grassroots cannot be overemphasized as both local and international organizations recognize his presented award to him. The recent one was given to Governor Ahmed as best governor in rural development.

Surprisingly, the state owned media houses are not left out in the developmental projects as the repositioning and upgrading is ongoing. The repositioning of KwaraTV has been completed and government procures modern digital equipment to improve staff efficiency and enhance their services delivery to audience.

Besides, the developmental strides of governor Ahmed is feasible for everybody people to see. He has proved his critics wrong with level of work done on Geri Alimi Diamond Underpass, Sango-UITH road, KWASU extension in Ilesa-Baruba and Isin with the secretariat complex in Ilorin.

Indeed, Governor Abdulfatah Ahmed is a good builder and actualizer with the way he is building on solid foundation laid by Senate President, Dr. Bukola Saraki towards moving kwara to enviable height among states in Nigeria.

Apparently, the Share born politician understand that human needs are endless as he always pledge to continue to work for the betterment of state residents and growth the state till his last day in office.