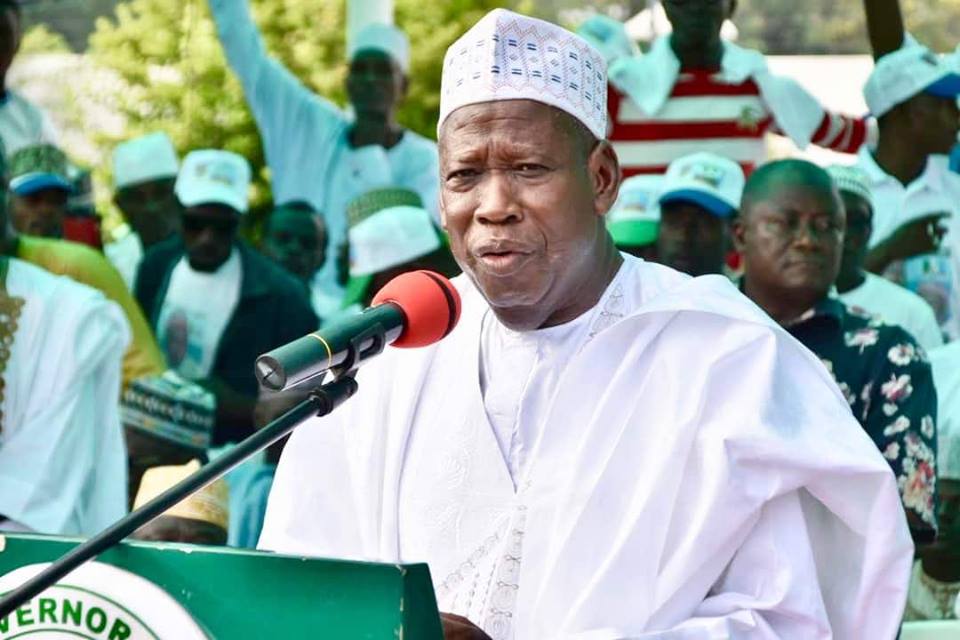 Governor Abdullahi Ganduje of Kano state has shown to the world, especially other states in Nigeria that having political will, experience, good leadership acumen with team of committed, dedicated, resilient and cabinet members that share your vision could help political leaders deliver more dividends of democracy to the citizenry.

Kano state in the last three years has being witnessing tremendous growth and steady progress. The incumbent governor of the state has initiated different empowerment programmes to meet the people’s yearning and impact their lives positively.

Governor Ganduje has confirmed the statement of English philosopher and physician, John Locke that states: “the peace, safety, and public good of the people” are the ends of political society, and further argued that “the well being of the people shall be the supreme law”. Locke also added that leaders must carry on their responsibility to secure the security and welfare of those who are governed.

Indeed, the activities of the well groomed leader attest to the fact that he really love his people and will stop at nothing to put smiles on their facing in the midst of financial challenges the country is facing.

The governor is tactically reducing poverty among the teeming populace while the kind gesture has also enhanced security of the state.

Evidently, the sketchy civil unrest and escalation of insurgents activities in the state has faded away as a result of deliberate efforts to reduce poverty and provide means of livelihood for the people.

Dr Abdullahi Ganduje while speaking at event disclosed that the state spent N275 million on youths empowerment. According to him, the gesture was to enable the beneficiaries to start their own businesses in order to become self-reliant.

The governor added that the empowerment programme introduced by the state government had reduced youth restiveness, criminal activities and other anti-social behaviours.

Recall that Ganduje upon assumption of office introduced Ganduje Mass Economic Empowerment Programme (G-MEEP) where over 50,000 people including youths, women, orphans, men among other have benefited from various empowerment programmes. 520 women/youths from the 44 local government areas of Kano state were empowered in first phase of the scheme and the state government gave them grinding machines, sewing machines, Spaghetti making tools and Masal/Kosai fryer with N5000 working capital to start up their own business.

In 2016, another set of 6700 women mainly orphans and widows selected from all the wards in the state were trained in different vocational skills to make them self reliant by providing start up capital for them after the training. The programme cost the government N101million and beneficiaries would be able to take care of children’s school fees, feeding and shelter for their family.

Furthermore, the People’s friendly governor through G-MEEP empowered 1560 youths by providing them with 520 sewing machines, 520 barbing equipment/generators and 520 pop corn making mahines and N10,000 working capital each. The beneficiaries are already earning living through the empowerment programme while some have even engaged at least person to grow their business.

Similarly, Kano State government in 2016 trained 520 orphans in different vocational skills under Special Empowerment for Orphans and gave them N20,000 each in order to improve welfare of less privileged in the society. Likewise, 300 youths and women have been trained in tailoring and fashion designing while government also bought equipment for them.

Governor Ganduje in November 2017 stunned the world with massive empowerment programme for 5200 Maishayi (Mai tea) under Yanshayi Empowerment Programme with the provision of crates of eggs, cartons of noddles, loaves of bread and brevages worth N40,000 for each beneficiary. Although, people who are not familiar with the North, especially Kano state might not understand the importance of the empowerment programme but the beneficiaries who would be making N2000 to N5000 daily will always be grateful to the state government. At least, the government has reduced unemployment with N208million spent on the programme.

Aside that, the state government sponsored training of 72 youths at PAN in Kaduna in automobile servicing while another 150 youths are currently receiving training in the same company and governor Ganduje has promised to set up workshop for them after the training fully sponsored by Kano State.

In bid to create mass employment by making people of the state, especially youths and women, Kano state government has identified 24 technical jobs and currently building world class skills acquisition centre in Kano to train about 20,000 people monthly when completed.

Recently, the state Commissioner of Information, Youth and Culture, Malam Muhammad Garba revealed that Ganduje administration is constructing over N5 billion skills acquisition centre that would provide means of livelihood to thousands of Kano artisans.

Garba added: “Apart from this, the Ganduje administration has empowered over 200,000 youths in different areas of trades and technical works. Our target is to capture 300,000 youths before 2019 elections, which is very feasible, because the blue print is already there.”