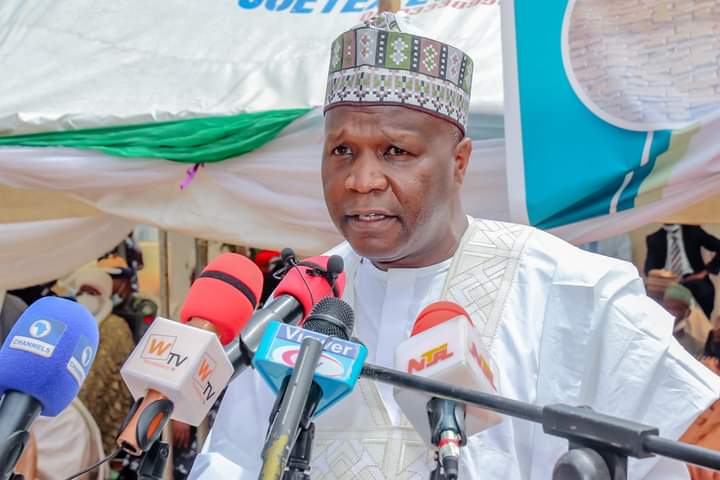 It is a widely known fact that the most basic function of government everywhere in the world is security of lives and property of its citizens. In conformity with this philosophy, the 1999 Constitution of the Federal Republic of Nigeria clearly affirms that; “The security and welfare of the people shall be the primary purpose of government”.

Despite the security vulnerabilities and infractions of Gombe State due to its central location in the insurgency-wrecked Northeast region, the state is enjoying relative peace. As paradoxical as it may sound, the development is not a mere coincidence or a work of luck, rather a result of well planned security policies and strategies of Governor Muhammadu Inuwa Yahaya (Dan Majen Gombe).

Before he came to power in 2019, the governor vowed to reduce crime rate to the barest minimum and mitigate security threats, thus guaranteeing the security of lives and property for all people of Gombe State as was rightly captured in his campaign manifesto.

Creation of the Ministry of Internal Security and Ethical Orientation in September, 2019 was an attempt made to facilitate proper coordination of security affairs in the state. The ministry works hand-in-hand with all formal and informal security organizations proper security services. In addition the ministry trains youths to prepare them for possible recruitment into the military and para-military services at the national level.

Considering the fact that, majority of the people of Gombe State engage in agriculture, and there had been clashes between farmers and herders which claimed lives and properties, Governor Inuwa reconstituted Farmers-Herdsmen Prevention and Settlement of Disputes Committee at the state level and re-established same in all the 11 LGA’s of the state. This effort promoted understanding and peaceful co-existence between different communities in the state.

Community involvement/participation in security matters is another aspect where Gombe got it right. Governor Inuwa has succeeded in creating a strong platform where community and religious leaders participate in the formulation of security related policies and their implementation.Community policing is part of the security framework that reflects community participation in security matters. Community security committees were put in place and were equipped with dedicated telephone lines for reporting security breaches by members of the public. This has helped security operatives to nib any infraction at bud.

Gombe State Government under Governor Inuwa adopts dialogue as an effective strategy for settlement of communal disputes. In many instances, disputes on land, tribal or ethnic grounds in the state were settled through engagement of traditional and community leaders.

All security institutions require adequate funding to operate effectively. Huge amount of money is allotted every year to support security institutions. Police, Army, Civil Defence and other Security outfits are under Federal Government, but to consolidate on what the FG is doing, Governor Yahaya always supports the security agencies operating in Gombe state. Other non formal organizations like vigilante and others are also supported in every way possible to ensure effective security service.

As the saying goes, “an idle mind is a devil’s workshop”, activities of restive youths, popularly known as ‘Yan Kalare’ who are known for committing many atrocities and politically motivated violence have been posing a security threat.

Governor Yahaya believes that engaging youths will help in reducing violence and increasing human capital in the state. In line with this, the Inuwa-led Administration has established a Citizenship and Leadership Training Centre at Boltongo of Yamaltu Deba LGA for regular training of youths on early warning systems and quick response to security challenges.

Another thrust in that regard is the homegrown human capital development initiative of Governor Yahaya, the Gombe State Security, Traffic and Environmental Corps (G-STEC) which will engage over 2000 youths in the state. This is in addition to collaborative programmes with so many international and domestic development partners to establish training centers, provide technical support and facilities to our teeming youth.

Community involvement, youths training and engagement, establishment and strengthening of security institutions and many more, with this integrated approach to security, Governor Muhammadu Inuwa Yahaya was able to create a peaceful state where people live in peace and harmony with one another; a state that has become a model for others.