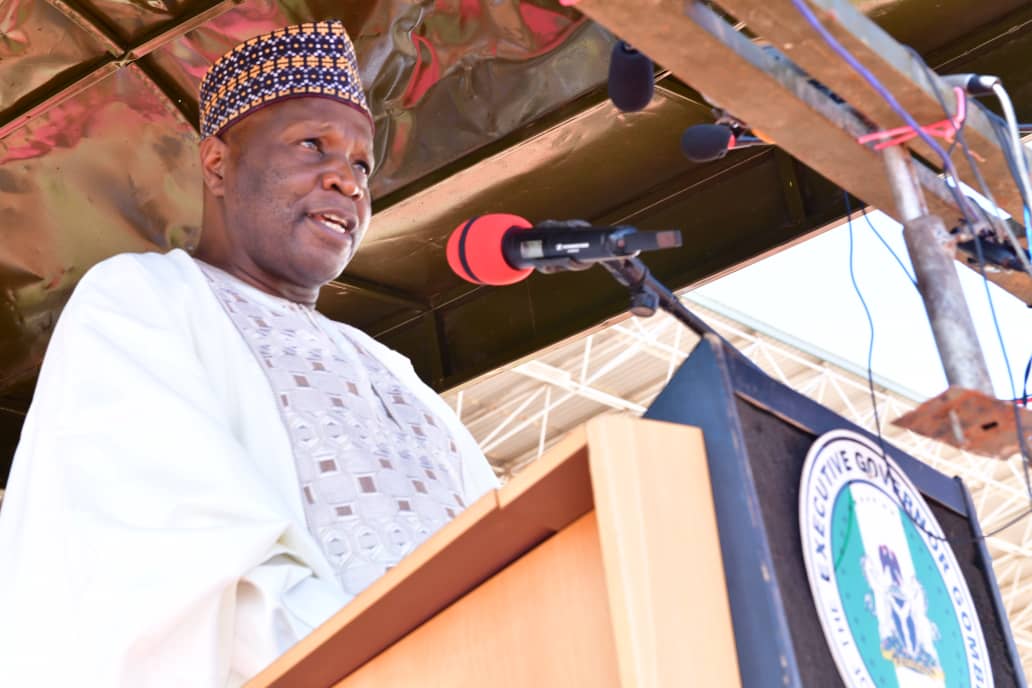 Gombe state Governor, Alhaji Muhammadu Inuwa Yahaya says his administration has established an effective collaboration with the National Board of Arabic and Islamic Studies ( NBAIS) to ensure proper and effective integration of qur’anic education into formal system of learning.

Governor Yahaya stated this in a speech during the opening ceremony of the 24th Annual National Qur’anic Recitation Competition, organized by the Jama’atu Izalatil Bid’ah Wa’ikamatis sunnah with Headquarters in Jos, held at Pantami stadium Gombe.

He said through partnership with NBAIS, his government intends to create opportunity for qur’anic teachers, reciters and Alarammas to acquire certificates as well as other self sustaining skills, including entrepreneurial training to help them live a more decent life.

“Efforts have been put in place more than ever before on the integration of qur’anic schools into the formal education system because only effective integration of both types of education will produce the required human capital development that will reduce to the barest minimum the problem of unemployment and youths restivenes such as what we witnessed few weeks ago in some parts of the country.

” The collaboration between Gombe state Government and NBAIS will ensure that the qur’anic school system and the products of the integrated education are fully certificated to enable them either continue with the formal education or use their acquired skills for meaningful ventures “.

Speaking further, Governor Yahaya said his administration has registered over 600 tsangaya schools across the state with the Alarammas and facilitators receiving stipends through BESDA.

He said the state if emergency he declared on education still subsists, adding that Gombe under his watch will continue to invest heavily on education through the provision of good teaching and learning environment, recruitment of teachers and enhancing their capacity and welfare.

The Governor who urged youths in the state not to relent in seeking for knowledge, also tasked religious leaders to continue to promote harmony and tolerance among their followers.

He described qur’anic recitation as a life transforming activity and commended the national leadership of JIBWIS for choosing Gombe to host the annual Recitation and memorisation competition.

” There is no doubt that the qur’anic recitation competition is being conducted to promote unity among the Muslim Ummah, to enhance moral upbringing of our youths, to encourage the spirit of healthy competition and to provide the necessary skills and knowledge for effective implementation of religious tenets “.

He also hailed the Governor for his numerous developmental projects and programmes in the state and for building on the successes of his predecessors, urging other states to emulate the Gombe example.

He particularly applauded the Governor’s giant strides in education, health and infrastructure, calling on the Izala followers in particular, and the people of the state in general, to rally round the Governor and give him maximum support to accomplish his mission.

112 reciters from 21 states of the federation, including Abuja and some from Niger Republic are participating in the 6 categories of the 24th annual qur’anic memorization and recitation competition.