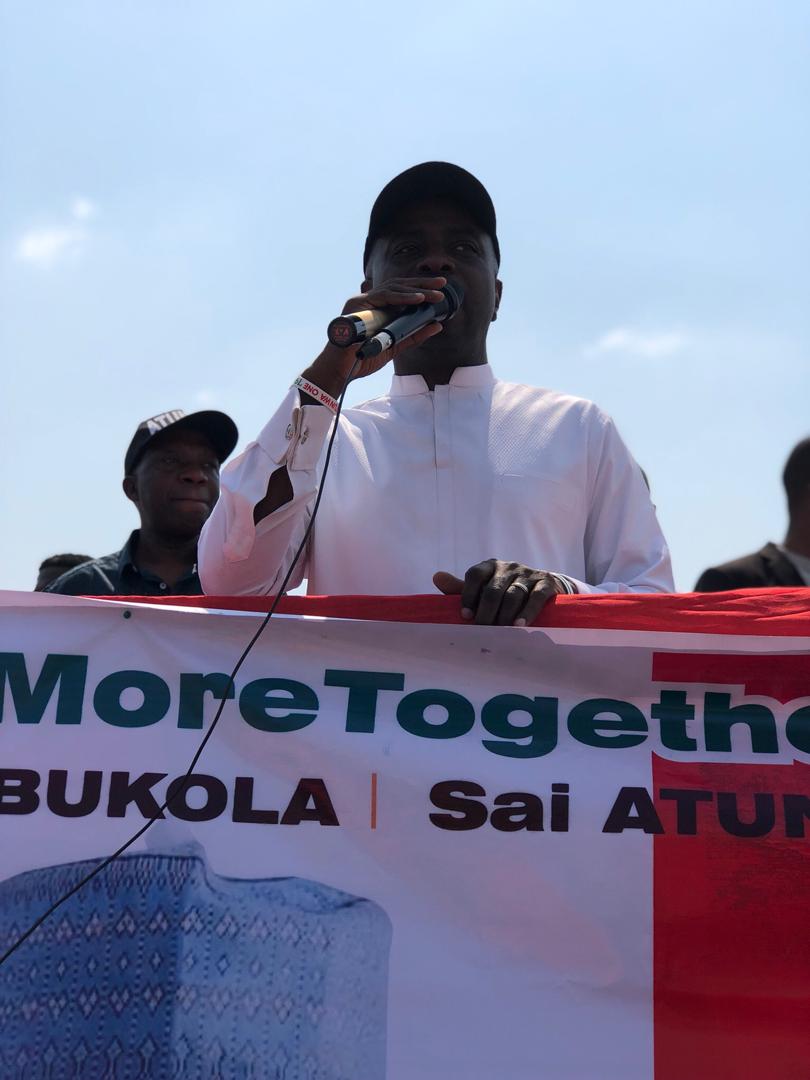 Atunwa in a statement issued on Tuesday blamed  Governor Abdulrahman Abdulrazaq for taken some ill-timed, haphazard, half-hearted, and misconceived unilateral actions which have only exacerbated the crisis.

I am deeply concerned and alarmed about the recent escalation of what has been tagged the “hijab crisis” in Ilorin. The crisis has degenerated from a controversy over the wearing of hijab to school and now threatens to become a full scale religious war.

First and foremost, I would like to urge all the good people of Ilorin, Muslims and Christians alike, to exercise restraint, and display the maturity, tolerance and brotherhood that we are known for. Kwara State is a State of Harmony. We should continue to live up to that name.

However, whilst I do not seek to politicise the issue, it must be observed that this heightened tension and violence has been enabled by the complete and utter incompetence and mishandling by Governor AbdulRahman AbdulRazaq. He has allowed what is clearly a tractable issue to fester until it has become a dynamite waiting to explode.

The blame must fall squarely on the Governor because it is of his own doing that he does not have a Commissioner for Education, or indeed a cabinet, that would have handled the issue. To make matters worse, the Governor himself has clearly not been concerned. He has made no statement on the crisis. He has failed to call a meeting of all the relevant stakeholders to try and resolve the issue. Instead, he has taken some ill-timed, haphazard, half-hearted, and misconceived unilateral actions which have only exacerbated the crisis.

It amounts to a complete failure of Governance that this issue could not be tackle and resolved promptly. Closing down schools and then ordering them to reopen without resolving the immediate and remote cause of the issue could only lead to this outcome. What was, and is required, is for the Government to immediately bring together all concerned stakeholders including headteachers, parents representatives, school authorities, religious leaders, and community leaders to address the underlying cause that triggered the issue in the first place.

In the absence of a competent and effective government, I humbly and respectfully call on all religious leaders and community leaders to please come together and work out a way to stem this most ugly tide. Both religions have harmoniously coexisted in Kwara since time immemorial. Religion has never created violence between us. We cannot afford that to happen now.