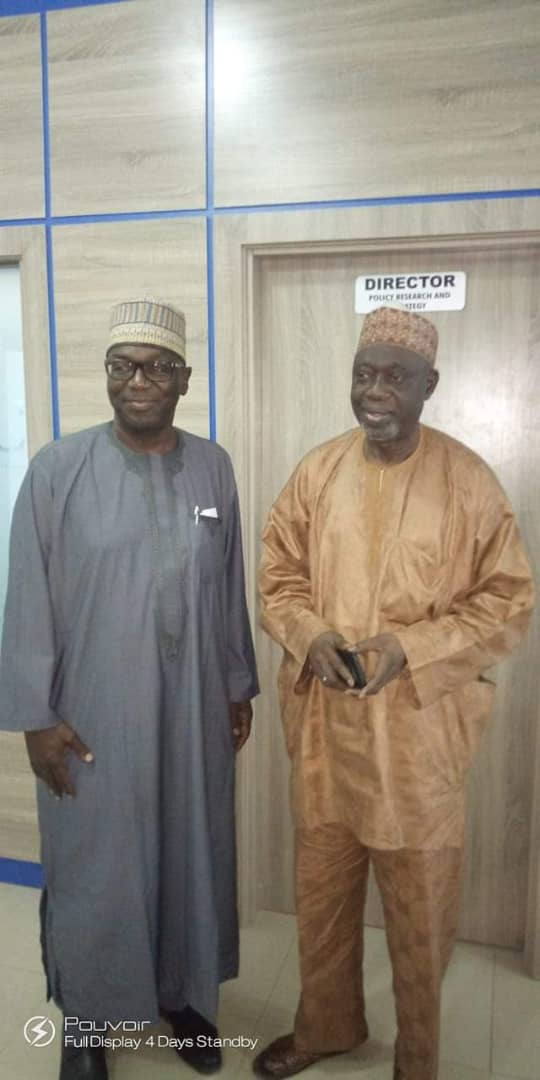 Professer Shuaib Oba has expressed his readiness to work with APC Governorship Candidate in Kwara state, Alhaji Abdulrahman Abdulrasaq to ensure his victory during forthcoming elections.

Prof. Shuiab Oba made this known on Tuesday when Abdulrasak visited him at APC Presidential Campaign Office, Abuja.

He promised visit Ilorin soon to fully integrate his campaign structure into the Abdulrahman Abdulrazaq Campaign Organisation as he is pleased with the governorship campaign organogram.

The former governorship aspirant explained that the governorship campaign advisory council set up to drive the victory of APC in Kwara state was all inclusive and strengthened his conviction that Abdulrahman Abdulrazaq will run a truly Participatory Governance.

He therefore admonished Abdulrazaq to warry of the fake news from PDP especially when the brain behind federal propaganda is from Kwara state occupying a seat that ought to be for patriotic and progressive Senators.

”We know he is seeking his fifth term in office which Insha Allah he won’t get because the people are firmly behind APC in Kwara state screaming according to varying strength that Enough is Enough, otoge.”. Prof Oba noted.

Earlier, Alhaji Abdulrahman Abdulrazaq said his visit was to congratulate Prof. Shuaib Oba on his well deserved appointment as the Director, Policy Research and Strategy in the membership of the APC Presidential Campaign Council.

His wordss:”Prof. Shuaib Oba and other appointees have proven their competence to deliver and I believe that their current assignment will ensure a safe return of President Muhammadu Buhari to Aso Rock as the president after the 2019 general elections” Abdulrazaq said.

“Also, my appointment as the state coordinator of the Presidential Campaign Council as shown the unity maintained in the party and has put to rest the campaign of calumny being peddled by PDP that Prof. Shuaib Oba had left or will leave APC” Abdulrazaq further explained.

Abdulrazaq prayed that almighty God will give him the strength and wisdom to effectively carry out the given task to the best of his abilities and for the desired results as their collective goal is to bring good governance to Kwara and Nigeria as a whole.

He urged the academia to take the driver seat in the struggle for A Renewed Kwara where the system truly work for Kwarans, as it has become a collective task to deliver Kwara from the shackles of underdevelopment and stagnation which has also been his long time dream.

“I am more than ready to join you to take Kwara to the next level under your government and take the driver seat which you urged me to” Prof Oba said to Abdulrazaq.” He added