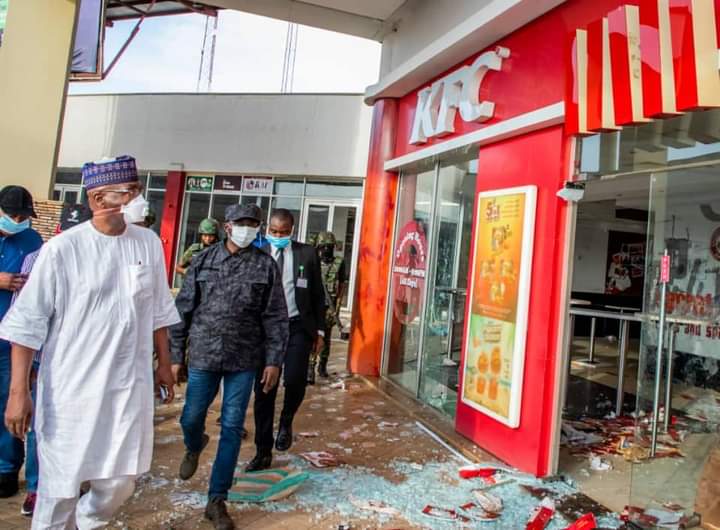 The People’s Voice Advocacy Network, a civil society organisation established to promote good governance and social justice has blamed Kwara State Government for failing the people of the state during the sad incident that led to lost of lives and properties.

The group in a statement issued by its Assistant Publicity Secretary, Comrade Olaitan Abdulraheem, said the sad event could have been prevented, given the circumstance that surrounds the ugly development.

“As a group, we are very much worried that the welfare, security of lives and properties of the people who are the primary responsibilities of the government as being captured in Section 14 of 1999 Constiitution of the Federal Republic of Nigeria (as amended) is in danger. From what has happened in the last 48hours in the state, from all indications, the State government had failed in that primary responsibilities.

“Hunger triggers anger. Or better put, an hungry man is an angry man. The incident that led to the lost of lives and properties could have been prevented or arrested if the donated palliative items, especially that of CACOVID, meant to relief the hardship of the targeted people were distributed earlier. On this particular note, the state government has not done well enough”.

“It is a criminal act for people to hide under any aegis to invade and vandalise private businesses. The effects of such criminal act will bounce back not only on the perpetrators but on the society as a whole. And we urge anyone to reveal the identity of the perpetrators in his or her neighborhood in order to make sure that there is no safe place for looters of both public and private properties.

“As much as we condemn the bad attitude of people who perpetuated the act of theft and thuggery especially in looting the private properties, we also want to advise the government to reconstitute her security apparatus and see the sad development as a wake-up call on her snoring and weak security coordination in the state. The 12hours delay in deployment of security personnel after the official pronouncement of 24hours curfew send a bad signal to citizenry and investors.

“We demand that security outfits, when reconstituted as advised, should ensure that the looters of people’s properties are brought to book. Doing that will rejuvenate the business mood of all the existing investors as well as the incoming ones.

“We applaud the SME recovery fund put together by KWSG to assist Ilorin based businesses who got looted or vandalized from the sad incidence that occurred between 23rd and 24th of October, 2020.

“While we sympathise with the affected private business owners, we pray that God should restore back peace in the state. That said, we look forward for an effective and proactive security actions from the KWSG and every community development associations.