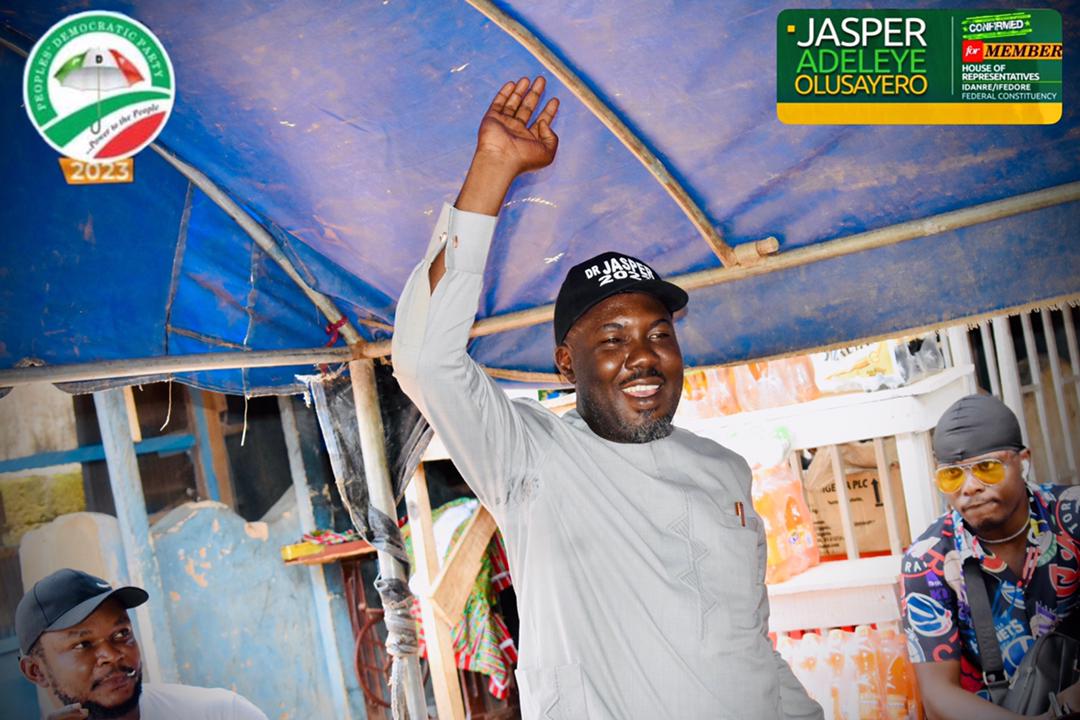 JASPER Adeleye Olusayero disclosed this on Saturday while speaking with newsmen after participating in PDP adhoc delegate congress at his ward-Isalu Jigbokin of Idanre local government area.

The successful businessman and Administrator who was received by excited party members said he will win the primary election due to his wide acceptability in Idanre and Ifedore local government areas.

According to him, We are ready for primary election inline with the guidelines of our great party. The screening committee issued clearance certificate on Wednesday and we working round the clock to emerge victorious at the primaries.

“I believe am the right candidate for the job because of my experience at National Assembly as a legislative aide and later critical player in the two chambers. I understands the working of House of Representatives and National Assembly as a whole. I have facilitated federal government projects to Idanre/Ifedore Federal Constituency as a private citizen and sponsored a bill to regulate mortgage practice in Nigeria. The institute will be situated in Idanre after President’s assent.” He said

“I have implemented projects like road, water, health and educational support across the Federal Constituency as an aspirant. I will ensure equity and spread of projects in the two local government areas of the federal constituency.”