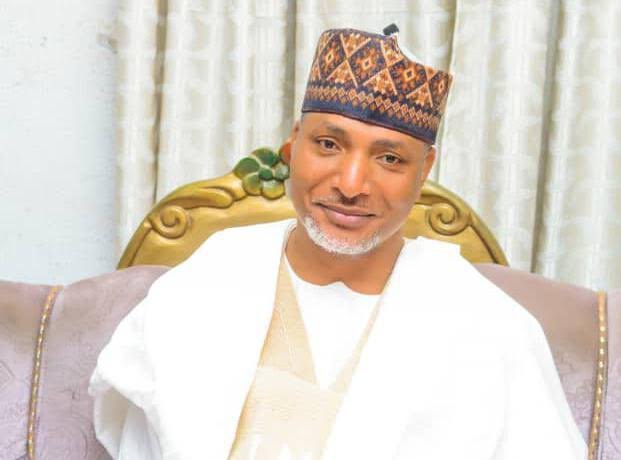 The Turaki of Ilorin, Mallam Saliu Mustapha has felicitated with President Muhammadu Buhari and the entire Nigerian on the occasion of country’s 61st Independence Anniversary, urging Nigerians to be hopeful that the country, Nigeria will come out of her present challenges better and stronger.

The Turaki of Ilorin enjoins Nigerians to appreciate President Muhammad Buhari-led administration in its quest to reengineering the future of the country for the better through various infrastructural developments that are on going in different parts of the country.

Mallam Mustapha added that Nigerians should give their total support to Mr President noting that with him the futre of our great country is assured.

This message was contained in a statement released on Friday by the Media team of the Turaki of Ilorin in Abuja stating that Nigeria is our father’s land and we must do everything to ensure that it works for the betterment of all.

“We have no other place we can call our home-country”, the statement said.

Mallam Saliu condemns in totality the gruesome murder of Dr Chike J. Akunyili, husband to Late Dora Akunyili who was murdered in a cold blood on Tuesday at Nkpor Junction Idemili North Anambra State when he came to receive an Award for the Late Amazon Prof Dora Akunyili by Unknown Gunmen.

He however challenged the security operatives to unravel the mystry behind the unnecessary killings, banditry as well as kidnapping and other related crimes on going in the various parts of the country.

Also, he advised Nigerian Youth to engage themselves in activities that are beneficial to themselves and by implicatìon, the society at large.

Turaki of Ilorin however listed giant stride achievements President Muhammadu-led administration has recorded in different sector of the country’s economy.

According to him, “Mr President has recorded tremendously, ground breaking achievements in the country, to mention but few, “Presidential approval, in 2020, for the establishment of InfraCo Plc, a world class infrastructure development vehicle, wholly focused on Nigeria, with combined debt and equity take-off capital of N15 trillion, and managed by an independent infrastructure fund manager.

“Establishment in 2020 of the Presidential Infrastructure Development Fund (PIDF), with more than $1 Billion in funding so far.

“The Nigerian Sovereign Investment Authority (NSIA) has seen total additional inflows from the Government of around US$2 billion under the Buhari Administration – since the original US$1 billion which the Fund kicked off with in 2012.

“Launch of the Nigeria Innovation Fund, by the NSIA

“Executive Order 7 mobilizing private investment into the development of key roads and bridges like Bodo-Bonny in Rivers and Apapa-Oshodi-Oworonshoki-Ojota in Lagos among many others.