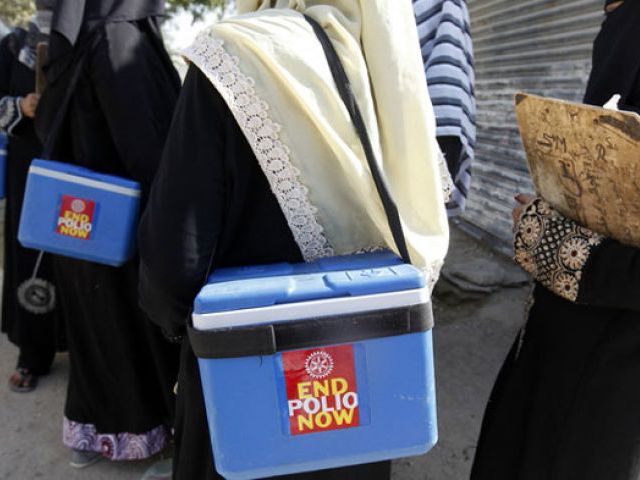 By Kolawole Omoniyi and Oyewale Oyelola

Following the confirmation of polio virus outbreak in five northern States including, Jigawa, Katsina, Yobe, Gombe and Sokoto, the Kano State Government has flagged off an emergency outbreak response polio immunization exercise in nine local government areas of the State.

This is just as Journalists Against Polio JAP in Kano took a rally on sensitization campaign against the polio virus to grassroots in the affected nine LGAs where the ongoing mop up vaccination is taking place to encourage parents to release their under five children for the immunization exercise.

The affected local governments where the immunization exercise will take place between 1st and 4th of September, 2018 and the second round between 22nd and 25th of September, are those that share border with Jigawa State to prevent possible importation of the virus to Kano.

Confirming the resurfaced virus and measures putting in place to avert its spread, Kano State Commissioner for Health Dr Kabiru Ibrahim Getso, at a press briefing in Kano, said “the affected local government councils where the mop up immunization is ongoing include Ajingi, Albasu, Dambatta, Gaya, Gabasawa, Makoda, Minjibir, Kunchi and Takai which are all neighboring Jigawa State”.

Dr Getso stated that seven circulating vaccine-derived polio viruses type 2 (cVDPV2) were isolated from environmental samples only in Jigawa State and in addition, the cVDPV2 were also reported from Geidam Local Government in Yobe State, most recently in Baure Local Government in Katsina as well as Sokoto and Gombe States.

“It is an outbreak that is confirmed in the State bordering Kano, Katsina, Jigawa, Yobe, it has also been seen in Gombe and Sokoto, so this exercise is in line with the guidelines of the Expert Review Committee (ERC) on Polio Eradication and Routine Immunization which stipulates conduct of mop up campaigns whenever there is outbreak of Circulating Vaccine-Derived Polio Virus”, the Commissioner said.

According to him, the immunization exercise will also be conducted in some strategic places including markets and motor parks to ensure adequate protection of the Children against the virus. He added that the Polio Eradication Initiative (PEI) has come a long way in Kano State as the State is hitherto marking 49 months polio free status through the concerted efforts of stakeholders, hence the need for parents and guardians to support the ongoing mop up exercise in the affected nine local councils.

Meanwhile, on JAP’s sensitization campaign tagged “Polio has no treatment, no cure, support JAP to push out polio from your community forever”, the JAP Secretary, Mr Kolawole Omoniyi, while speaking Gaya Local Government, said the move was to complement the stakeholders’ efforts towards addressing the problem of non compliance during the ongoing mop up exercise.

Responding, the Local Immunization Officer in Gaya, while appreciating the JAP visit, said the mop up exercise is going smoothly, adding that efforts are being made by both traditional and religious leaders to resolve the little cases of non-compliance recorded in the area.

Also speaking during the JAP visit to Koguna settlement in Makoda Local Government, the District Head of the LGA, Alh Wada Waziri commended the State Government and JAP for their proactive measures towards avoiding resurgence of the virus in the State.

In Dambatta Local Government, the District Head, Alh Muktar Adnan represented by Baba Ado, welcome JAP initiative, adding that the presence of Journalists in support of polio vaccination has showcased the importance of the campaign to the residents, hence the need for its embracement.