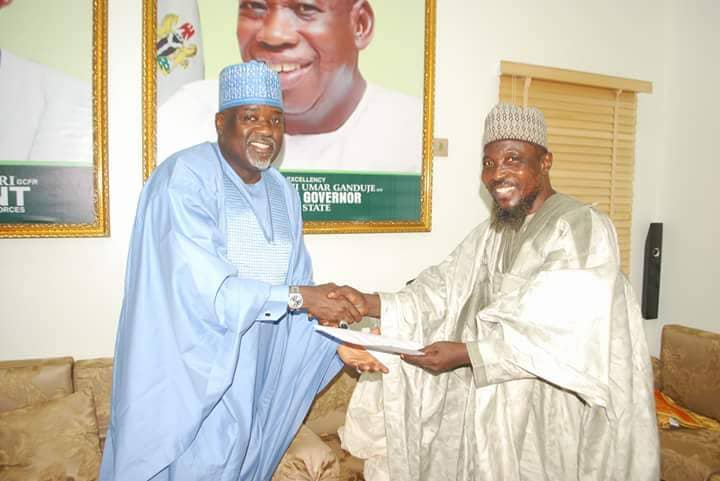 Kano State Government has expressed readiness to collaborate with Tolaram Foundation of India to provide special assistance to the people who lost their legs or hands due to accidents or other medical conditions.

In almost every month, about 50-100 people lost some parts of their legs or hands due to accidents or medical circumstances like Diabetis or Cancer which render them helpless in the society.

Tolaram Foundation is in Kano to give a special intervention to the people with such problems by providing them with artificial knee free of charge to make them feel a live.

Receiving the representatives of the Foundation today, the State Deputy Governor Dr. Nasiru Yusuf Gawuna said the Programme was in line with Policies of the administration of Dr. Abdullahi Umar Ganduje on effective health care delivery.

‘it is on this note, I want to assure you that the State Ministry of Health will sit down with your representatives to discuss on how to go about the programme for the benefit of our people” he stated.

Dr. Gawuna stressed that Ganduje Foundation which had been known for a long time with its programmes on free eye surgery and other medical outreach would equally join the crusade to see how it could assist in that regard.

He thanked the management of the Foundation for bringing the programme to Kano, assuring them of the Government support in whatever ways possible to ensure success of the exercise.

“On behalf of the government and good people of Kano, I want to thank Tolaram Foundation for deciding to bring the programme to Kano which we consider as a welcome development” he said.

In his remarks, the State Commissioner of Health Dr. Kabiru Ibrahim Getso appealed to the Foundation to double the shares given to the State on the number of people to receive the artificial knee considering its population.

He says “People that require such kind of artificial interventions are the less previlege in the society and the cost of the materials is beyond their pockets, hence the need for more”

Dr. Kabiru Getso further announced that the State government had joined hand with Starkey Foundation from England to bring new Machine which improve human hearing at the cost of N1 billion to be distributed to the people in the State.

Earlier, the Coordinator of the Programme Usman Idris maintained that the Tolaram Foundation got contact with JIBWIS for the fast four years in Nigeria, adding that through that engagement, they were able to treat more than 3000 people with the need of artificial legs or hands.

“We are now going to treat 500 disable people across the Country through JIBWIS irrespective of their religion or tribe and Kano State is among the beneficiary State which a part from this, is given another 90 slots considering the population of the State” he revealed.

He explained that the programme aimed to reduce the number of Street beggers in the country which he said would go along with policy of buhari’s administration and in particular the administration of Dr. Abdullahi Umar Ganduje by giving the affected people new hope to make a better life.

During the visit, the Coordinator was together with Dr. Abdullahi Sale Pakistan of JIBWIS and other representatives of the Foundation.