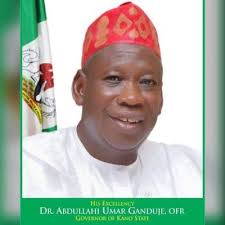 Kano state government, with the collaborative effort of the Islamic Development Bank, plans to establish cattle colonies across the state.

Governor Abdullahi Umar Ganduje announced this during an Iftar with members of the state branch of All Farmers Association and Miyetti Allah Cattle Breeders Association, at the Government House in Kano.

According to him:“The move is aimed at revolutionizing meat, dairy and hides and allied products production, as well as generally revamping agriculture in the state”, the state governor, Dr. Abdullahi Umar Ganduje, the state governor revealed .

Already, the two parties are working on the plan which will also ensure that herdsmen are provided with animal husbandry, entrepreneurial and other skills, and generally change the agri – business environment in the state.

“The plan, when implemented will attract herdsmen to the state who would settle in one place, access professional services and engage in economic ventures related to their occupation, thus, contributing to national development”. He added

He lamented the recurring clashes between herdsmen and framers in some parts of the country, which has led to loss of lives and property, pointing out that movement of herdsmen from other parts of West Africa to this country, for pasture, as a result of climate change, was partly responsible for the problem.

Dr. Ganduje stated that the loss of grazing reserves and cattle routes resulting in inadequacy of fodder for the animals was another cause of disagreement between the two groups.

In his remarks the state branch chairman of All Farmers Association, Alhaji Faruk Mudi Rabi’u explained that his association was also working towards establishing sustainable, private commercial ranches in the state. He requested the support of the state government to succeed in that direction.

On his part, the chairman of Miyetti Allah Cattle Breeders Association, Alhaji Husaini Umar, maintained that farmers and herdsmen in Kano were one and would continue to live peacefully with one another for national progress.