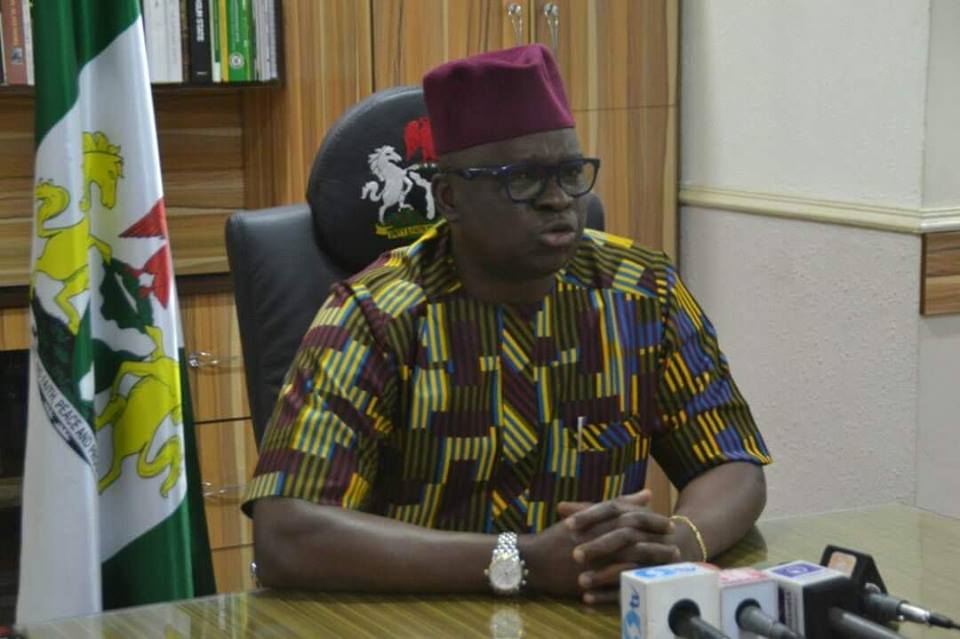 The Governor of Ekiti State, Ayodele Fayose, has said that he won’t leave the Peoples Democratic Party for the All Progressives Congress, advising the ruling party to bury the notion.

He stated this while reacting to a statement by the Ekiti Chairman of APC, Paul Omotoso, who said Fayose was not wanted in the party.

“APC my foot ! I will never have anything to do with APC.

“ For the party’s leaders to be saying that Fayose is coming to APC amounts to unnecessary dissipation of energy.

“ I will never, ever, go to APC and will never ever have anything to do with the party , ” he vowed.