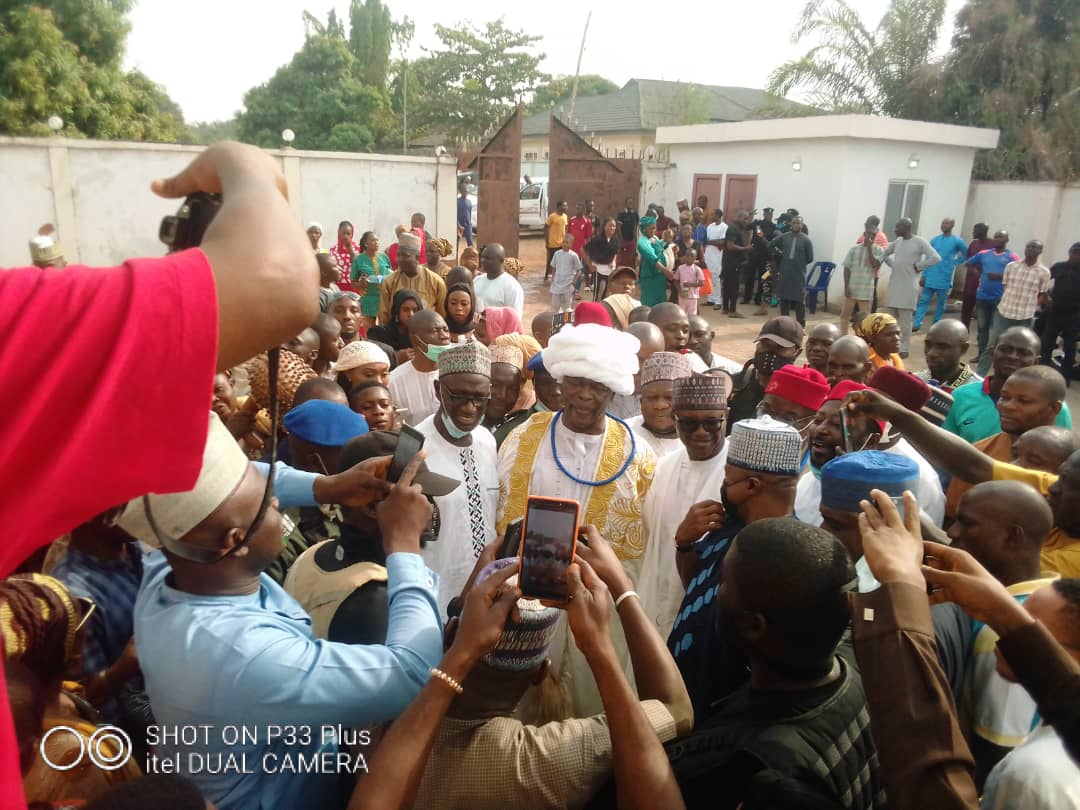 The eldest son of ex-Governor of Kogi State and a business magnate , Alhaji Abubakar Ibrahim Idris was on Friday coronated with the traditional Chieftaincy title of OCHADA ONU -,IFE by the Ojogba of Ife and Omala Local Government area council of Chiefs under the watch of Chief Boniface Musa.

The epoch making event which attracted dignitaries from different Political diverse , traditional rulers and business magnates, the recognition of the OCHADA ONU-IFE to the scion of the Alhaji Ibrahim Idris ,by the Omala Kingmakers was influenced by the decision arrived at by the Kingmakers of the ruling house to encourage Abubakar Ibrahim Idris to do more to the land of his forefathers.

Addressing a surging crowd of admirers and supporters from the 21-local Government areas of the State to the OCHADA-Onu Ife, he said his turbaning as OCHADA ONU ife will serve as a litmus test for him to contribute to the socio-economic and Political growth of Omala land and by extension Kogi State adding that the era of Chief Boniface Musa as paramount ruler of Ife kingdom had witness peace, development and transformational changes .

The former governorship aspirant on the podium of the opposition Peoples’ Democratic Party admonished the citizens to embrace peace, unity and tranquility as the surest platform to fast-track meaningful development to the area.

Chief Abubakar Ibrahim Idris appreciated the Ojogba of Ife , Chief Boniface Musa and the king makers for finding him worthy to be bestowed as one of his cabinet members.