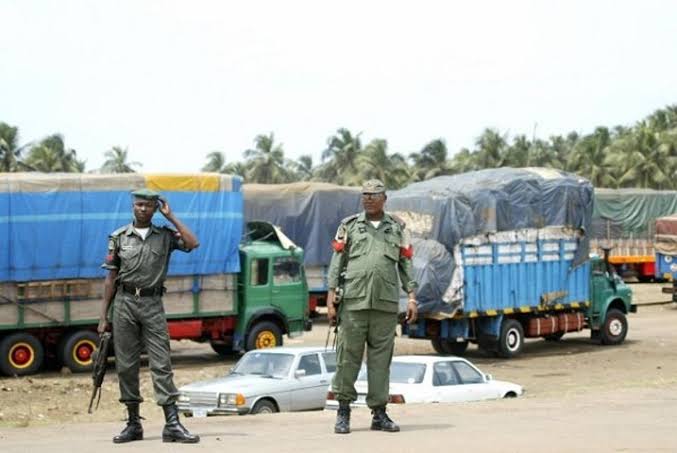 Kwara State Chamber of Commerce, Industry, Mines and Agriculture (KWACCIMA) has appealed to the federal government to reopen the Chikanda and Barbara borders located along Kwara and Niger states to promote trade along the corridors.

It is recalled that the federal government recently reopened four more borders hitherto closed due to security and economic reasons.

Speaking with journalists in Ilorin on Tuesday on the sideline of the planned 62nd Annual General Meeting/conference (AGM/conference) of the National Association of Chambers of Commerce, Industry Mines and Agriculture (NACCIMA) in Ilorin between May 25-27, 2022, the KWACCIMA president, Olalekan Ayodimeji, said that traders and people in the affected communities are groaning, adding that the border closure is daily impacting their means of livelihood.

We were told that the border was closed because of security and that arms and ammunition were being pushed into Nigeria through our borders and thus the need to curtail the situation and close the borders. The federal government also said that some people take PMS at cheaper costs across the Nigerian border to sell at higher costs outside the country, thereby jeopardizing the nation’s economy because the fuel sellers get subsidies from the federal government. So, the federal government is in the best position to analyze the success of the closures. But for all of us in the business community, of course, closing the border would affect us, because our people do a lot of trans border businesses on those corridors. And some of them are mainly informal, which we appeal to the government to help us formalize and even help the government by so doing. To us, border closure has affected us negatively”, he said

Ayodimeji also appreciated the Kwara State Government for its determination to improve road infrastructure in the Kwara North senatorial district, saying that the district has the potential to earn the state foreign exchange.

With the Chikanda road being embarked upon by the state government, it would be easier to go direct from the state capital to Kwara North axis rather than to first travel to parts of Oyo state before getting to areas of the Kwara North district”, he said.

The association, which lamented that the nation’s economy is now debt-driven, said that facts had shown that current levels of debt service payments are very high and becoming unsustainable.

The debt GPP ratio is at 34% and debt revenue nearing 86%. Unfortunately, the nation is not taking advantage of the present hike in international crude oil prices due to its inability to meet production quotas as a result of massive crude oil theft. All these portend negative economic consequences for Nigeria.

“The Chamber will, therefore, suggest more proactive ways to
shore up our revenue earnings, that is if our expenditure/spending cannot be curtailed.
We are suggesting among others:
(i) introduction of Certificate of Origin (Co0) for crude oil export to check crude oil theft;
ii) Widening of tax net instead of introducing new taxes thereby impoverishing businesses;
iii) Deliberate reduction in governance costs;
iv) Leveraging investment through public-private partnership; and
(v) National Assets Register, to know which assets can be disposed off to earn income, among others”, he said.

The 62nd AGM/conference of the NACCIMA held in Ilorin between May 25-27, 2022, titled, “The Petroleum Industry Act and Related Policies: the Future of Nigeria Energy Sector”.

The KWACCIMA president said that business leaders, entrepreneurs and relevant stakeholders would converge in the metropolis to draw the attention of authorities and people if Kwara state to recent happenings in the business space in Nigeria and Kwara state in particular.