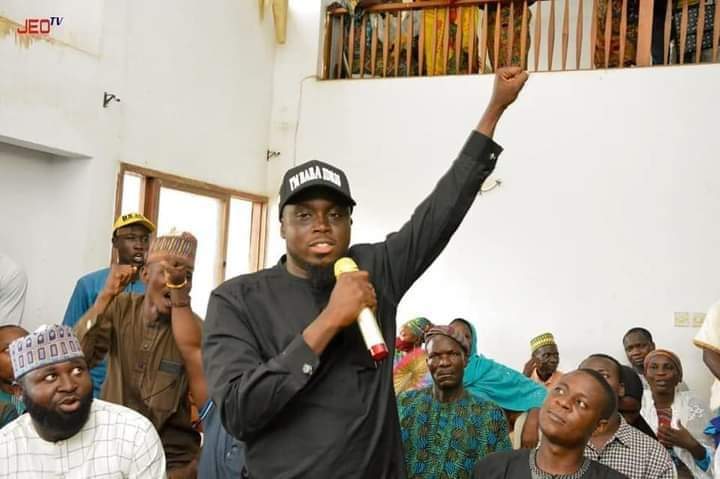 Idris in a statement he personally signed said Yaman’s victory in the primary is an expression of confidence of Kwara PDP members in his ability and capacity to deliver victory for the party in the governorship election.

He called on other governorship aspirants on the platform of the PDP to rally behind the candidacy of Alhaji Yaman and work in unity towards the success of the party in the election. “We must go into the election as a united family to take back power from the APC administration of Governor Abdulrahman Abdulrazaq,” he added.

Baba Idris whose aspiration enjoyed support from different categories of people in the State particularly the youth, expressed gratitude to them for believing in his capacity to lead the Kwara. He added that this is an experience he would always cherish.

“When I declared my intention to run for the governorship seat of Kwara on the platform of our great party, the PDP, it was borne out of genuine desire to serve the State and her people. But as God would have it, I couldn’t secure the ticket of our party.

“I am also using this medium to call on other governorship aspirants in the party, especially those from the Kwara North region to rally behind the candidacy of Yaman and join hands together to work for the success of the PDP in the election. We must go into the election as a united family to take back power from the APC administration of Governor Abdulrahman Abdulrazaq.

“Let me also use this opportunity to convey my utmost gratitude to every individual and group that have, irrespective of political differences, supported me all along. I thank the people of Patigi for coming out strong to embrace their son, youth leaders across Kwara including young people in SDP, APC, YPP and PDP who came out to speak in one voice in support of my aspiration, with the conviction that a vote for Baba Idris is a vote to liberate the youth in Kwara.

“My appreciation also goes to Kwarans within and outside the State and those in the diaspora who expressed solidarity to our campaign, especially the Kwarans in Lagos Forum (KLF) that pledged to move their entire structure to Kwara if yours sincerely is given ticket, non-indigenes residing in the state, youth development associations, NGOs and Kwara women who accepted me as their son and stood by me all through the struggles with motherly enthusiasm of seeing one of their children climbing a ladder to an enviable height.

“Special gratitude to H.E, Dr Abubakar Bukola Saraki – who has always advocated youth inclusion in politics and governance – for creating the platform and enabling environment for a young man like me to contest the party’s governorship ticket with older, more established and experienced politicians. This is historic and will be a reference point for years to come.

“It is on this note that I am calling on youth in Kwara to support and join the PDP, a party that is giving hope to young people and providing them a platform to actualise their aspirations. This is evident in the number of young people that have emerged candidates of the party for various positions in the next general elections.”