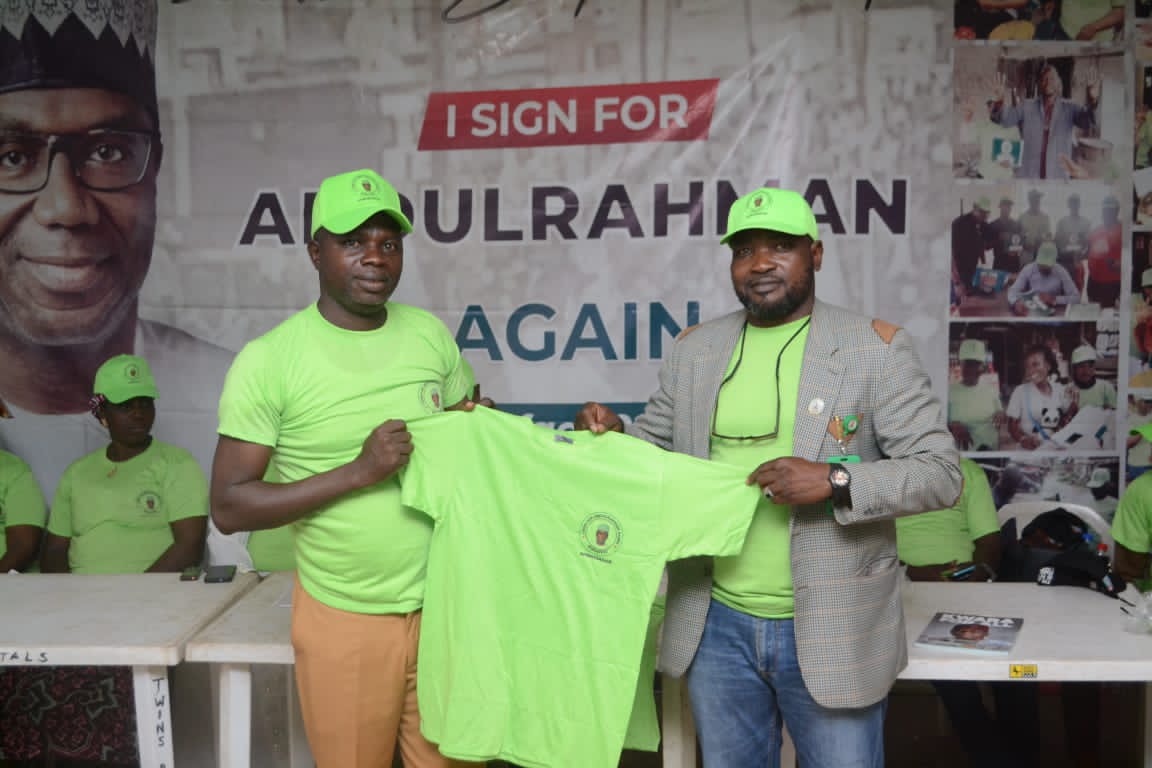 The leadership of Coalition of Kwara APC Young Stakeholders (CKAYS) has launched a campaign tagged ‘I Sign 4 Abdulrahman Again (Isfaa2023)’ to mobilize support for reelection of Governor AbdulRahman AbdulRazaq.

The campaign was launched during handing over ceremony of CKAYS leadership to Abdullateef Adefila on Monday by the founding fathers of the organization led by Special Assistant to the Kwara State Governor on Transportation, Alhaji Abdulrasheed Salaudeen popularly known as Maya.

Maya and other founding fathers of CKAYS, which includes Mallam Nasir Abiola, Prince Goke Folayan amongst others says the new leadership under Abdulateef Babafila will lead the execution of its flagship project, isfaa2023 to reelect Governor Abdulrahman Abdulrazaq.

While handing over CKAYS registration documents, association databank and multi million naira campaign materials to Babafila, Alh Abdulrasheed narrated the history of CKAYS and why it was founded and he charged the new leadership to continue to champion the cause of young stakeholders in the All Progressive Congress (APC).

According to him, “we founded this organization to protect the interest of young people and under our leadership and through the magnamity of our progressive governor, Mallam Abdulrahman Abdulrazaq, Kwara State became synonymous with youths being the leaders of today, not leaders of tomorrow. 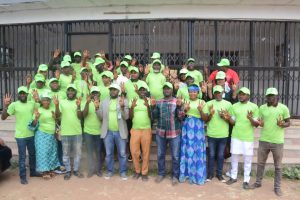 “It is now your responsibility to carry on from where we have stopped to ensure that the interest of young people will continue to matter” Abdulrasheed said.

Alhaji Abdulrasheed also handed over multi million naira worth campaign material to the new leadership, which he said were material for CKAYS flagship program, tagged I Sign 4 Abdulrahman Again (Isfaa2023).

The campaign material includes branded face caps, vests and registers to execute the isfaa2023 project in support of the reelection of Governor Abdulrahman Abdulrazaq.

Alh. Abdulrasheed stated that, the isfaa2023 materials were produced with support and donations of individuals who believe in the performance of Governor Abdulrahman Abdulrazaq and the materials are to be utilized by the new leadership for the intended project.

He thanked their donors while noting that, despite the controversy surrounding the project materials in the past, they ensure the materials were well secure, hence the handing over today.

Babafila on the other hand thank the founding fathers of CKAYS for their sacrifice and determination to protect the interest of young people, assuring them that he would not deviate from their foot steps.

Babafila noted that, Governor Abdulrahman Abdulrazaq took Kwara State out of Jahiliyyah era (period of darkness) and brought it into era of light and enlightenment and he assured that the young people will never allow Kwara State to go back into darkness.

He also called on all young people in Kwara State to join hands with him to keep kwara on the path of progress.